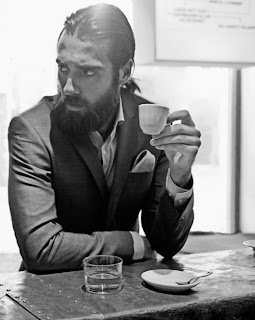 Samhain is coming up which means that I should get started on some of these Hallows inspired names I have saved up as well as the many old profiles I haven't finished yet. Let's get started with Hunter.

Hunter is an English occupational surname-turned-first name. It pretty much means what you think it means, but I can go more in depth if you like. It's derived from the Middle English hunte, meaning the same thing. Hunters show up a lot in Pagan mythology, but most of them are also archers so I won't go into that again.

In Neo-Pagan circles you'll hear the phrase the "Wild Hunt" used quite a lot, particularly amongst Germanic Pagans. The basic idea is that the Wild Hunt is a group of spectral huntsmen (who depending on who you ask could be dead people, gods, historical heroes, or fairies) with horses and hounds on a mad pursuit through the skies. Seeing a Wild Hunt was believed to be a bad omen, bringing on catastrophes like war or disease, or at the very least the death of the person who saw it. Amongst the Ancient Gallic and Germanic peoples, reenactment of the Wild Hunt was very common, and one particular group of warriors would paint themselves black before attacking their enemies at night. The idea of the Wild Hunt is seen in some form throughout all Pagan cultures, and most all of them have a strong association with the dead. This is what would make Hunter, or Hunt, a understated choice for this season.

In terms of namesakes, most people probably think of American author Hunter Thompson. This counter culture figure started off as a fairly conventional journalist, but soon became well known for "Hell's Angels" and "Fear and Loathing in Las Vegas." Depending on who you ask, this name's association with him might not be a positive one, Thompson was a lifelong user of alcohol and drugs and had a love of violence. But the name is so familiar and well used that even if you weren't a fan of Thompson no one is likely to make the connection immediately.

Hunter used to be one of my favorites. But now that it's gotten so common it feels very ordinary to me now and I lost interest in it. It's still a very nice name. And I have to admit that I like Hunter on a girl (because, you know, girls can hunt too). It's a good Wicca-lite name, if you're looking for something with more understated witchiness.