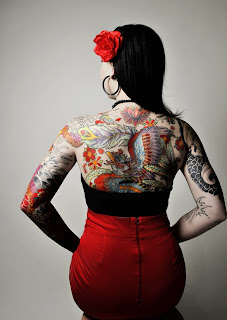 Now, some people might say, "Wait a minute, isn't ruby the birthstone for July? Why are we talking about it now?" About two minutes ago I would have thought the same thing. Well, it turns out the stone for Capricorn is the ruby. We do birthstones by zodiac sign here, remember? And when the news came out that it could be the most popular girls name in Australia, the timing seemed right.

The word ruby (pronounced "ROO-bee") comes from ruber, Latin for "red." It's a gemstone with color that runs from pink to red. The bolder the red the more valuable it is. The addition of the element chromium is what gives the gem it's deep coloration. They are chemically closely related to sapphires in a way I'm not smart enough to understand. Myanmar (formerly known as Burma) was the worlds main source of rubies for hundreds of years. They've also been found in Thailand, Cambodia, Afghanistan, Nepal, Pakistan, Madagascar, and Greenland.

Rubies have always been held in high esteem in Asian countries, particularly in India and China. According to Myanmaran tradition, rubies can grant wishes. The Chinese built them into the foundations of buildings in order to bring good luck to the structure. They also used them as ornamentation on armor, harnesses, and scabbards. In Sanskrit, the word for rubies is ratnaraj, meaning "king of gems." The Hindus give offerings to the god Krishna so that he can be reborn as a powerful king.

Today, rubies are used for a number of magickal purposes. To those who believe in the power of gemstones to alter your health, rubies help circulation and strengthens immunity. Red represents the element of fire, so rubies are also associated with passion and masculinity.

In America, Ruby is a classic name even though it's relatively new. It only emerged as a given name in the 1800's. It peaked in the 1910's rating at #24 which might be why it sounds a little old to me. It has never left the top 1,000 and in 2009 it rated #108. It's also popular all over the world: it's #1 in Wales, #2 in England, #13 in New Zealand, #28 in Scotland, and #41 in Ireland (although I think these numbers are a little old). There are many different variations of Ruby including Rubia, Rubi, Rubianna, and Rubie. My research hasn't turned up any masculine versions.


This name has been used on a lot of fictional characters, but the interesting thing is that I seem to remember them being all the same character. For some reason, there's never a shy, quiet girl named Ruby. Ruby always seems to be the bold and brassy type in film and television. She's the one that always tells it as it is. And no matter how popular the name gets, that association will always be in my head. Not that that's a bad thing. Witches are bold women who speak their minds, so it's perfect for us.