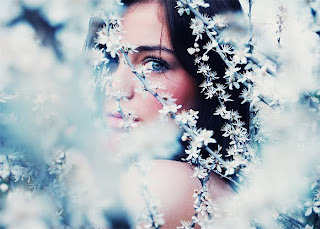 It's hard to think about romance without thinking about the most popular romance story of all time, Romeo and Juliet. But I'm really on the fence about Juliet as a name. I sway back and forth from thinking it's lovely to thinking it's boring. Another name blog suggested Capulet as a unique option, and I haven't been able to get it out of my head since.

But first, let's recap the story at warp speed for those that don't remember high school English class. As is common in Italy, two families hate each other's guts for reasons no one can remember. Two teenagers from these separate families, Romeo and Juliet, fall in teenager-ish, immature infatuation. Then Juliet's cousin kills Romeo's best friend, and Romeo kills him. Romeo must evade the police. Meanwhile, Juliet's parents pressure Juliet to marry another man. A friar gives her a potion to make her appear dead for a short period of time. Romeo believes that she's really dead and kills himself. Then Juliet wakes up and kills herself. All kidding aside, Juliet is a more mature character than Romeo. And she's no passive damsel in distress. Even though things end badly, she consistently took matters into her own hands.

The names in Romeo and Juliet are kind of odd when you really look at them. The play is supposed to take place in Verona, Italy, but only a few of the names actually fit the setting. Romeo, Mercutio, and Benvolio are all reasonably Italian. Laurence is pushing it, but at least it's derived from Latin. However, Juliet, Montague, Abram, Peter, Paris, and Tybalt are all over the place. Well, we are talking about a playwright who is credited for inventing several names. Perhaps Shakespeare prioritized style over accuracy.

And then there's Capulet, the name of the house that Juliet is born into. Capulet (pronounced "KAP-yoo-let") is definitely not a traditional Italian surname, but it might be based on an Italian name. In the 1200s, Capuleti was a political faction in Italy. Shakespeare took away the "i," and added this to his list of invented names.

Unfortunately, a meaning for Capuleti, or anything more about it's political past, is not forthcoming from the infinite bowels of the Internet. If any readers have information, I would love to hear it. However, the word did reappeared after the play debuted. Vincenzo Bellini adapted the play into an opera and named it I Capuleti i Montecchi.

I've seen this name listed as a boys name, and I suppose that it reasonably could be. Personally, I only see it for a girl. If you're having the same tug-of-war in your heart that I am regarding Juliet, Capulet could be perfect for you. It almost rhymes with Juliet (her parents really didn't take the family name into account at all). I usually don't like surnames for girls at all, but unlike most trendy options, Capulet actually sounds feminine. It would absolutely be something I would consider for a daughter.