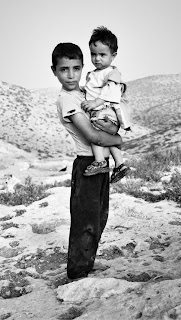 Love Gideon but concerned that it's become too trendy? How about Gilead?

To clarify, Gideon is a name that I actually like a lot, or at least I did, before I converted and before celebrity parents got their grimy paws on it. My own personal rule is that I couldn't use a Biblical name for my children unless a) it's also Pagan related or b) it's nature related. Gilead fulfils the later.

Gilead (pronounced "GIL-ee-ad") is a Hebrew name meaning "monument of testimony." It's the name of a mountain region in what is now Jordan. This place is well known for it's healing balm. Whether the balm is real or metaphorical I had a hard time finding. Jesus is sometimes referred to as the "balm of Gilead" in texts and songs.

But Christianity is not the only culture that can lay claim to this name. And here's where the nature comes in (mountains are also nature, but you know what I mean). Gilead is also an Arabic name meaning "camel hump." Camels were immensely important to Arabic and Jewish people. For a long time camels were the only means of transportation for long journeys across the desert. The sacred mountain region might have looked like camel humps, and that's how it may have got it's name.

But I'm afraid Gilead is not all good. This name might have a sinister aftertaste if you're into reading novels that present a distopian version of the future. In the feminist horror The Handmaid's Tale by Margaret Atwood, all the women are trapped in a place called the Republic of Gilead, where they are treated as property of their husbands. In Edgar Allen Poe's famous poem The Raven, the tormented man asks, "Is there a balm of Gilead? Tell me truly I implore." On the bright side, a more recent novel called Gilead by Marilynne Robinson is a fictional autobiography of an elderly man who is chronicling his life for his seven year old son.

Gilead has never charted in the United States although there are several American towns with this name. It might be too Biblical for some Neo-Pagans. But if I get married to a Jewish man I would consider Gilead.