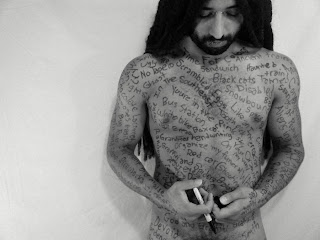 Another name from the Burning Times is Babel. Zuikel Babel and "no first name" Babel (possibly his wife) were beheaded in Wurzburg, Germany, in 1629.

Babel (pronounced "BAH-bul") has an interesting etymology. The name was especially popular in Germany and Poland. Babel is derived from Babylon, and the name is Assyrian for "God's gate." The Jews were imprisoned in Babylon for years, and the name would be adopted by those that felt that they were an oppressed minority in a foreign land.

In France, the name Babel is given in reference to Saint Babylas. The origin of the name Babylas is uncertain, but he was a 3rd century Christian patriarch of Antioch who died in prison while being persecuted by the Romans. In Germany, Babel is sometimes a variant of Babo, a name developed from German baby talk.

The name Babel is also, of course, in reference to the Tower of Babel. After the Great Flood and Noah's Ark, all the remaining people spoke the same language. They resolved to build a city that touched the sky and kept them all together. God for some reason didn't like this. He felt that they were too united, and nothing would prevent them from accomplishing anything they set their minds to. So God split them up and "confounded their language." They never finished building their city, which became known as Babel. There is a Sumerian myth with similar elements to this story, you can find it in Enmerkar and the Lord of Aratta.

Babel has no specific gender attached to it. To me it reads as a boys name, but other sources have listed it under girls. Also, even though it's a legitimate name, it feels like a joke name. Like how Octave sounds like a name you would give to a very loud baby. I would expect someone named Babel to be very talkative.

I do really love the name Babel, though. It's a name that might prove beneficial if you live in a very Christian area because they'll think of the Christian meaning first and wouldn't need to know about it's witchy past. It's definitely one that I would consider for my own child.