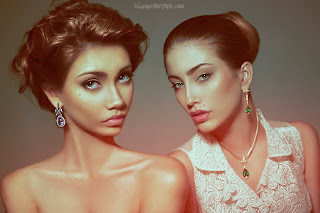 I'm going to take a break from the party in order to take care of some seasonal names, starting with Diamond. I know that we usually do zodiac stones instead of birthstones, but the gem for Aries is the bloodstone. That doesn't really work as a name, does it? So Diamond it is.

Diamond (pronounced "DIY-mond") comes from the Ancient Greek adamas, meaning "unbreakable," "untamed," or "proper." Historians believe that diamonds were first mined in Ancient India, where the gem was used for religious icons. Their most common use was for adornment, which continues to this day. Diamonds were also used as a cutting tool, due to their durability. Diamonds are usually colorless, and therefore gives off pale shades of many colors.

The diamond has many magickal properties. It is considered to be a symbol of purity and innocence, but it also protects mothers. It also symbolizes perfection and invincibility. It is believed to reflect negative energy back at the sender, and to protect against sorcery. It is also used to heal a variety of bodily complaints, like stomach aches, memory loss, poisoning, depression, bad dreams, fevers, infections, and skin disease.

Today, diamonds are most well known for being used on engagement rings. This "tradition" is really the product of a marketing campaign. In the 1930s, the jewelry company De Beers wanted to establish diamonds as the standard engagement ring gemstone. And it worked, to the point where there's now a lot of peer pressure.

There is a controversy surrounding the mining of diamonds. In certain African countries, the industry is run by revolutionary groups exploiting child workers and using the profits to fund wars. Diamonds from these areas are called blood diamonds or conflict diamonds. Roughly 49% of the worlds diamonds come from Africa, so this is a big issue. This gemstone could also be found in Canada, India, Russia, Brazil, and Australia.

Although the name is unisex, it has only charted for girls. It's highest peak was in the 1990s at #194, and is now at #501. It's probably the engagement ring association that makes people see this is a girl's name. Personally, I see it as a masculine name because the gemstone is connected to the element of fire, which is a masculine element. Either way, it's a great, strong name for an April baby.