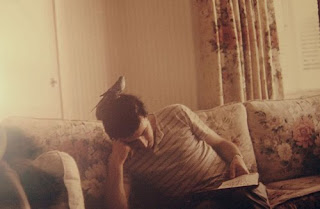 Continuing with our names from the Burning Times, I'm profiling Nicodemus. Nicodemus Hirsch was beheaded at Wurzburg, Germany in 1629.

Nicodemus ( pronounced "nic-oh-DEE-mus") is a Greek compound name derived from nike "victory" and demos "the people." Therefore the name means "the people's victory."

According to the Bible, Saint Nicodemus was the name of a friend of Jesus. He appears several times, first while listening to one of Jesus' lectures, again while debating the law that had Jesus arrested, and once again after Jesus died, assisting his burial.

In the Middle Ages, the books Acts of Pilate and Gospel of Nicodemus were allegedly penned by a member of the Order of Nicodemus. Unfortunately it's hard to figure out what the Order exactly was. If anyone has any information about the Order, feel free to let me know.

You will recognize this name if you've watched The Secret of NIMH. Nicodemus is the name of the wise and mystical leader of the rats. The movie is based on the book Mrs. Frisby and the Rats of NIMH.

Nicodemus has never been a common name in the United States. Variations include Nicodemo, Nikodim, Nikodema, and Nikodemus. It also has the more accessible Nico as a nickname. People are attracted to names like Atticus and Agustus nowadays, so Nicodemus doesn't seem like much of a stretch.

Some people will feel that this name is a mouthful. But there's a lot to love about Nicodemus. It does give off the feeling that whoever has this name is very sage-like. It's a great name for a boy that seems wise beyond his years.