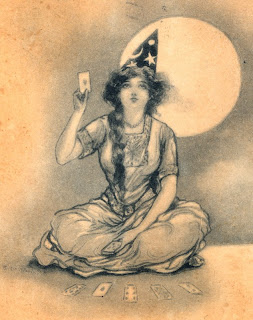 This name isn't for everyone, but it does have a history. Here's a party member that's a little out there.

Xanadu (pronounced "ZAH-nah-doo") is the English name for what was most likely called Shangdu, a Chinese palace that existed during the Yuan Dynasty. The palace belonged the Kublai Khan and his descendants, and it was built in 1252 in what is now Mongolia. The term "palace" is a little misleading, it was more like the size of a small city to accommodate all of the ruler's family and servants. It didn't last long. It was burned down in 1369.

The reason the city exists in the imagination of westerners is because of Marco Polo, who is believed to have visited it in 1275. But he referred to the place as Chandu. How did it turn into Xanadu? I'm afraid I could find no satisfying answer to that other than that's what it's translated into English sometimes.

Xanadu has been used to describe an exotic or illustrious place. Samuel Taylor Coleridge's famous poem "Kubla Khan" references the Chinese palace. Xanadu was the name of Charles Foster Kane's mansion in Citizen Kane. It's the name of a movie musical from the 1980s that involves rock and roll, rollerskating, and the Greek muses. This movie was turned into a stage production recently.

It's also the name of a witch from the comic book series of the same name. Madame Xanadu is a mystic who, although she is in every story, she is never the main character. The different protagonists always stumble upon her shop. These people always have a romantic problem that they need fixed and Madame Xanadu, through tarot card readings, determines the problems are caused by something supernatural and she uses her powers to help them. She is actually Nimue, the Witch from Arthurian mythology.

But what about Xanadu for a real person? I'm not going to lie, it sounds a bit like a space creature. Zanadu is another spelling, which doesn't help much. Also, I think people are going to associate it more with Olivia Newton-John than with the Chinese city. The name will work on someone who's confident, but when you're dealing with babies that could be hard to predict.