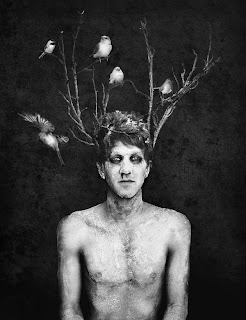 On a parenting blog, I saw a photo of someones adorable baby boy named Severus and did a double-take. If I made a list of Harry Potter names that would inspire and be used by new parents, Severus would probably not be on there.

Severus Snape is a well known character from the Harry Potter world, and when you read the books it's difficult to discern what side he's on until the last moment. You first meet him as the potions teacher at Hogwarts who has an instant dislike of the hero. Eventually, it's revealed that he and Harry's father did not get along when they were students. And I'm not going to say too much because I don't want to give anything away for the eight people in the world who haven't read the books or watched the movies.

Severus (pronounced "SEV-eh-rus") is an Ancient Roman surname meaning "stern." Septimus Severus was a little known Roman Emperor who had several ancient buildings named after him. This name was also given to several saints.

Despite it's history, anyone who hears this name will think of the book character first. And Severus Snape is not the most appealing character. He is not as good looking, or as cool, as Alan Rickman. In fact, he has all of the same physical characteristics of the old-fashioned racist portrayals of Jews. Black greasy hair, a hook nose, black beady eyes, pale skin, you get the picture. He also has more rages in the book. However, a lot of people love the character.

Even if it wasn't the name of a famous wizard, Severus sounds...well, sever. It's appropriate for the character, who never really smiles and hasn't been happy for a long time. But for a child?

Maybe I should keep my mouth closed as it is the name of at least one real life boy. And I know that he's adorable. Maybe he'll wear the name well. Maybe it'll be redefined after a few other parents use it too. Who can say?