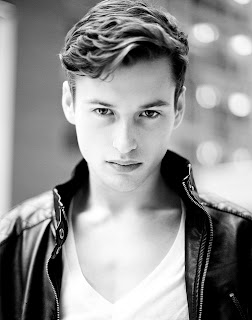 Tomorrow is Litha, so it's Midsummer Eve! And what better name to bestow upon someone born on Midsummer Eve than the world's most famous Midsummer reference?

Puck (pronounced the way it looks) is derived from the Old English puca, but it's unclear weather the word originally came from the Germans or the Celts. According to the Oxford English Dictionary, it means "unsettled." It's possible that it may be etymologically related to Pixie.

Puck, also known as Robin Goodfellow or Hobgoblin, is a legendary creature older than the Shakespeare play. In English folklore, pucks are mischievous woodland sprites that gives mortals all sorts of troubles from curdling their milk to leading folks astray into the woods. In illustrations, they appear to be very similar to satyrs, with the bottom half and horns of a goat with a human upper half. And, yes, if we are being historically correct there is more than one puck.

But thanks to A Midsummer Night's Dream, most people just remember the one. In the Shakespeare play, Puck is ordered by the King of the Faeries, Oberon, to place a magical juice from a flower called love-in-idleness onto the eyelids of the Faerie Queen, Tatiana, and two Athenian men while they are asleep. This will make them fall in love with the first thing they see when they wake up. The Sprite's actions are what set the play into motion.

In more recent years, Puck has been used for a character in a very well known television show. Names from Glee have become fashionable recently: Quinn, Finn, and Santana are mentioned a lot nowadays. And then there's Noah "Puck" Puckerman, who is not as famous as some of the other characters, but is important nonetheless.

There are a number of reasons why this name could be potentially challenging. First, it could be off-limits in Iceland, as there it means "Devil." There could be a problem with the Glee character, as he is sometimes not particularly pleasant. And then, of course, there's the matter of what it rhymes with.

If you're willing to look past that, Puck has an air of rebelliousness about it. I don't really trust the source, but I read that Puck is also a Dutch girl's name, but for the most part I would say that it's pretty masculine. Of course, you could also use any number of Faerie names for this time of year, but Puck has a charming, impish quality to it.