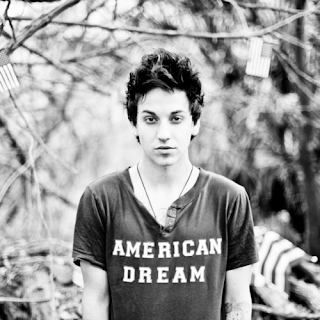 Being the descendant of immigrants, there are quite a few places that I could call my ancestral homeland. However, the one place that gives me the warm and fuzzies would be New York City. That's where all my various grandparents converged to start their new lives, and if they hadn't come to that city I wouldn't exist. Both my parents were born in the city also. So on 9/11, I was completely heartbroken for my beloved New York City even though I was no where near the twin towers (I was actually living fifteen miles away from where United 93 crashed at the time). So I feel compelled to profile York.

Anyone who's listened to the song "Istanbul (Not Constantinople)" knows that New York was once New Amsterdam. Why'd they change it? New Amsterdam started off as a Dutch settlement, but then the city was surrendered to the English and renamed. And of course there is an Old York as well. York is a city in the north of England.

The history of how the original York got it's name is a bit complicated. It is believed that it's earliest name was Eburos, since the Romans called the city Eboracum. Eburos is an Ancient British word meaning "yew." The Yew tree is sacred in Celtic lore, symbolizing death and rebirth. During Roman times there existed a Gaulish tribe called the Eburovices, whose name meant "warriors of the yew tree." When the Anglo-Saxons arrived, they corrupted the town's name to Eoforwic, meaning "wild boar settlement." This is why sources state that York means both "yew" and "pig farm." When the city was conquered by the Vikings, they derived their own name from Eoforwic: Jorvik. Which was eventually shortened to York. That was a long walk to get to that name, wasn't it? The city of York is located in the county Yorkshire.

As far as namesakes go, there is a great American bearer. York was the name of the only black person in the Lewis and Clark expedition. No one knows what his first name was. He had been William Clark's slave since they were both boys. York was a large, strong man and Clark thought it would be wise to bring him. But he proved to be instrumental for another reason, the Native Americans loved him. For many of these isolated communities, this was the first time that they've seen a black person. That, coupled with his great strength, earned great admiration and respect from the native peoples. York did not work full time as Clark's servant, he performed the same duties that everyone else did. He was known for expressing sincere concern for his fellow expedition members, and also for being a practical joker. After the freedom he experienced during the expedition, coming back home was excruciating. York had a wife that he rarely saw, and no one knows if he fathered any children. Unfortunately, it is unclear whether or not York was freed after the expedition. The York Islands in Montana were named after him, and President Bill Clinton posthumously gave York the rank of an Honorary Sergeant.

York is more common as a surname than as a first name, and has never appeared in the top 1,000. Variations include Yorke and...Yorick. Yes, as in, "Alas, poor Yorick," in Shakespeare's Hamlet. And also as in the last man on earth in the comic book Y: The Last Man. Yorick has more of a macabre feeling than York does, since in Hamlet he's only a skull. Yorick is also not quite so American sounding. It sounds much closer to it's Viking origins, which may make it appealing to some Neo-Pagans.

York, on the other hand, brings to mind the most magical city in the country. It's a great name for anyone with a deep connection to it. So to New York City today, I hope you're healing. I love you.