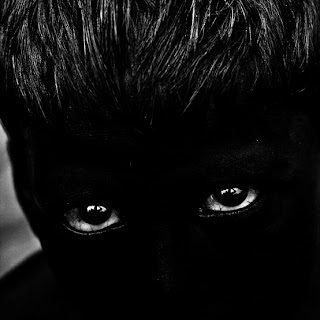 Back when I was researching indigo children, I read this humorous story. An adult, who was studying indigo children, asked a boy point blank if he was an indigo child. Apparently, this boy decided to have a little fun with him, and said, "I an Avatar. I can recognize the four elements of earth, wind, water, and fire. The next Avatar won't come for 100 years." The man was impressed. This exchange was published in the Dallas Observer. And then the readers let them in on the joke, that the boys' response was based on a television show. You got them good, kid!

This little boy's name was Dusk. On one blog the author commented on the name saying, "I wish that was a pseudonym." Um...why do you wish that? People are so anti-name that it really shocks me what they find objectionable. Dusk is just one logical step away from Dawn. I think Dusk is wonderful. Makes me wonder why it isn't used more.

Dusk's current definition is relatively new, it was originally a color word. It's from the Old English dox meaning, "dark haired" or "absence of light." It wasn't used in reference to twilight until the 1620s.

It's a very appropriate name for this season. Dusk is occurring earlier and earlier in the day until Samhain. While some parents are going to be attracted to Dawn because it symbolizes the beginning, Dusk symbolizes the end. It's the death of the day and beginning of night.

Dusk would be an unusual name. It's more often seen as a surname, but it's not terribly common in the last slot either. The only real namesake I could find was a minor character in a minor direct-to-video movie, Scooby-Doo and the Witch's Ghost. There actually is a Wiccan character in it, or at least that's what they call her. Dusk is a girl that plays the drums in a band, apparently. Not something everyone's going to be familiar with.

This name has a lot going for it. Dusk is simple and doesn't lend itself to nicknames. It's macabre, but it doesn't bang you over the head with gothic sensibilities. It's a lovely moniker that's perfect for the season of the dead.