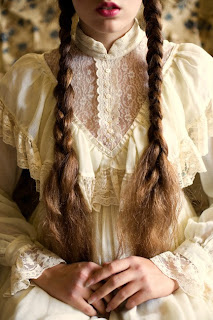 I've been on the fence regarding Libra's "naminess" in the past. But now, I see that for the right person it could work great.

This zodiac sign occurs from September 23nd to October 22nd. Libra (pronounced "LEE-brah") is Latin for "scales." This refers to the type of scales you weigh things with. This tool was commonplace in the lives of many Ancient people since Babylonian times (although the Babylonians also referred to this constellation as "The Claws of the Scorpion"). This is the only zodiac sign that does not symbolize a living creature. Scales are also symbolic of truth and justice. In Ancient Babylonia, the scales were sacred to the sun god Shamash. In Ancient Egypt, Libra was associated with Ma'at, goddess of balance.

But it is the goddess Astraea which is most often associated with this constellation. In Greek and Roman mythology, Astraea was the daughter of either Zeus and Themis or Eos and Astraeus, depending on who you ask. She was associated with innocence, purity, and justice. According to legend, she was the last of the immortals to live in the human world during the Utopian Bronze Age. But by the end of the Iron Age she became disgusted by the wickedness of humanity. Some say she ascended into heaven to become the constellation Virgo, while her scales became the neighboring constellation Libra. Astraea is often associated with another Roman goddess, Justitia. Justitia appears in the Tarot as Justice, so that card could also be related to Libra.

Libra is a masculine air sign. This is considered to be the most desirable zodiac sign by some astrologers because it occurs during the peak of the seasons, where all that is to be reaped from the harvest of spring, summer, and autumn is to be enjoyed. Traditional Libra traits include intellect, charm, idealism, and diplomacy. They are easygoing and love to enjoy the pleasures of live. On the dark side, Librans can be frivolous, easily influenced, and self indulgent. I don't put much stock in astrology, but the only Libra I knew fit this description pretty well. I remember when she said, "I took this weekend seminar in performance art and I now know I'm ready to quit school and live on my own in New York City!" "...Um...yeah, an unfinished B.F.A. in Drama doesn't exactly scream 'hireability,' so maybe it would be better if--" "I'm off to change the world!"

The reason I did not originally see this as a good naming option is because when I was younger I read a book that said that Libra could be seen as a joke if the person was fat. I see now that that's a little silly. The point of the name is that it embodies fairness and honor. Don't be too literal.

So if you have a little Libra baby, this one could be a head turner. But if you want to bestow honorable qualities in your daughter, this name could be a daily reminder of those ideals.