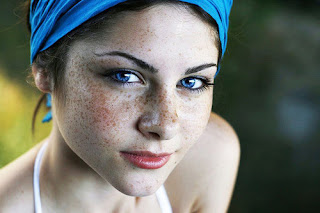 Samhain is the time of year in which we honor our dead. So I'm going to profile the name of one of my most prominent ancestors, my Great-Grandmother Mercedes.

Mercedes is kind of legendary in our family. She was adored by her grandkids, especially my mother, but was also well known for being kind of frightening. But first things first. Mercedes was born in Puerto Rico, where she married my Great-Grandfather Pedro. She didn't marry him because she loved him, but because he would take her to America. They moved into New York City, first living in a neighborhood called Hell's Kitchen. Eventually, Mercedes kicked Pedro out for being an alcoholic, and moved the kids to a better apartment in Greenwich Village. That apartment is still in the family.

She raised her children predominantly by herself, working as a tailor in a garment factory. She had five children but lost her only son in a tragic accident, which is a whole other post. She and Pedro never divorced because "Catholics don't divorce." However, later in life she did fall in love with an Italian man named Benny, who adored her and acted like a grandfather to her grandchildren. She lived for a very long time, she died when I was four or five years old.

Mercedes may or may not have been involved in some form of Santeria. My father told me the story of when he first met her. My father started dating my mother when they were both in high school. Around this time they were at some kind of a party at my mother's house. This strange old lady was staring at my father from across the lawn. He decided to introduce himself while she was discussing something with my Grandmother Gladys. Mercedes didn't answer. She just turned to Gladys and said, "Is this him?" Gladys nodded. Mercedes said, "I'll take care of it," and left.

My parents likes to say to people, "I don't know what happened next, but it involved chicken blood and dancing naked in the moonlight." One day, Grandma Gladys took Mom aside and said, "You say that like it's a joke, but she really did do something." I guess I'll never no for certain if Mercedes was into witchy stuff or not. We do know that she visited fortune tellers on a regular basis, and always had an alter up in the house for some god or saint. Gladys was always really uptight around the alter, she didn't like it or let my mother touch it. Perhaps the neighbors were spreading rumors about her being a Witch. Grandma never wanted to talk about it.

So there you have it. Mercedes is a great woman, and a great name. But I would never give it to my daughter. Why? There are several reasons. One is the reasons is because Mercedes herself experienced a day-to-day problem with it once she moved to this country: the pronunciation. It's "MAIR-seh-deez" not "mehr-SAY-deez." I will stand by that until the day I die. My great-grandmother used to complain, "These dumb gringos don't know how to say my name!" Eventually, she just went by May in certain circles because she couldn't stand her name getting butchered every time she introduced herself. The other problem I would have is the association with the expensive car. A lot of people are attracted to the name because of that, thinking that it's "classy" or "rich" sounding. But I think it makes the name seem a bit shallow.

And now for the statistics. Mercedes is a Spanish named derived from merced, meaning "mercy." It is often bestowed in reference to the Virgin Mary. One of her many names is "Nuestra Senora de las Mercedes" or "Our Lady of Mercy." This name has never left the top 1,000. It peaked in the 1990s at #190, it's now at #667. Incidentally, Mercedes is my favorite singer in the television show Glee.

Maybe one day I'll find a name that will honor Mercedes in a way I'm comfortable with. A different Virgin Mary name? Maybe finding another name that shares the nickname Sadie, perhaps. And if you're interested in referencing family names, Samhain is a good time to do it.