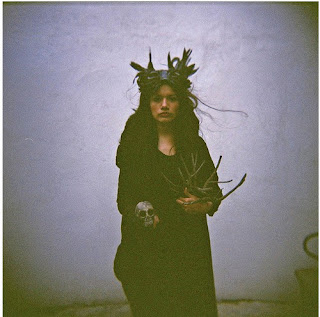 Tituba is one of the most interesting names from the Salem Witch Trials, and one of it's most mysterious characters.

One of the main misconceptions that a lot of people have about Tituba was that she was Black. I think people hear the word "slave" and they automatically think of African Americans. But the truth is that there were many different type of ethnicities enslaved in the United States during this time, like Native Americans, Irishmen, and anyone else the Englishmen deemed savage.

Tituba (pronounced "TIH-tuh-bah") is actually from South America. Where in South America is debatable. The most widely accepted version of the story is that she was born in an Arawak village. She was captured as a child and brought to Barbados, where she was sold to Reverend Samuel Parris when she was between the ages of 12 and 17. She moved with him to Boston, then Salem. She was married to his other Native American slave, John, and they had a daughter named Violet.

When Parris' daughter, Betty, began displaying strange symptoms, she tried to help out. She mixed rye and some of Betty's urine, baked it, and fed it to the family dog. She then watched to see if the dog acted sick or wobbly, which she believed would be proof of Betty's enchantment. So unlike most people accused in Salem it appears that Tituba actually did have some knowledge of Pagan, or possibly Voodoo, practices. When Parris found out about the cake he was furious, and Betty soon named Tituba as a witch. She was an easy target.

Tituba confessed immediately after being beaten by her master, most likely to avoid further punishment. She also named Sarah Good and Sarah Osbourne as witches. She was the first person to confess, and she arguably instigated the mania that was to happen. As the Salem Witch Trials went on, Tibuta began to feel guilty and recanted her story. This enraged Parris further, and he refused to pay her bail, leaving her in jail for thirteen months. It is unclear what happened to Tituba and John after the Salem Witch Trials.

But that doesn't explain where the name Tituba comes from. One scholar listed it as a Yoruba name, which is most likely a product of confusion over her race. The fact that Tituba's name was respelled so many times in historical documents doesn't help much. Court records also list it as Titiba, Tittiba, Tittuba, and Titipa. Before historians can figure out where the name comes from, they have to find out once and for all where Tituba herself comes from. So the jury is still out.

Tituba is a definite head turner, and the prominent namesake doesn't exactly have a spotless record. But it's a daring and exotic name with a lovely sound. I can see it working on the right person.