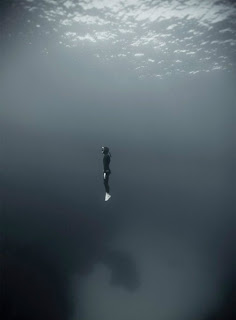 During the Mayflower's voyage, a woman gave birth on board. The mother named her son Oceanus Hopkins because, well, he was born in the middle of the Atlantic Ocean. This is the last Thanksgiving name this year, I promise!

The fact that a Puritan would use this name is rather interesting because Oceanus is the name of a Pagan god. Oceanus (pronounced oh-shee-AH-nus") is the Latin form of the Greek Okeanos, and I think the meaning is pretty apparent. In Greek mythology, Oceanus was both a Titan and a pseudo geographical feature.

Oceanus was the son of Uranus and Gaia, the brother of Cronus, and the uncle of Poseidon. Some scholars say that Oceanus was originally the god of all bodies of water. The Ancient Greeks believed that there was one world ocean that surrounded the world like a giant river. But the farther away the Greeks traveled and the more accurate geography became, Oceanus became the god of scary, unknown waters while Poseidon of the new generation of gods represented the Mediterranean Sea.

In early works of art, Oceanus is depicted as a man with a fish tail, holding a fish and a snake as gifts of bounty and prophesy. Later depictions show a regular-looking, if impossibly muscular, man. Oceanus' consort was his sister Tethys, and he is the father of all the ocean nymphs and all of the rivers, fountains, and lakes of the world. Oceanus chose not to fight against the Olympians with his fellow Titans, and instead drew from conflict. This meant that he is still on good speaking terms with his ruling gods.

In Wicca, the ocean is sacred because that's where all life originated. Particularly, it's a symbol of the Goddess. Water is a feminine element, and the ocean represents the world's womb. When we moved onto land, the ocean traveled with us within our bodies. The sea water flows through our veins.

This has never been a popular name in the United States. I've seen Oceanus listed as a girl's name only. I guess you could use this name for a girl, but placing this in the girls column goes against historical usage. There are female variations, like Oceana and Oceane, and you could use Ocean for either gender.

I love Oceanus. It's a strong yet calm name much like the element it represents. Oceanus is a wonderfully Witchy name for a little boy born during the Thanksgiving season. Or any season, really.

Nominations for Pagan Name of the Year kind of trickled to a stop. I know there are most suggestions out there! I'm going to keep bothering you all until I get more!