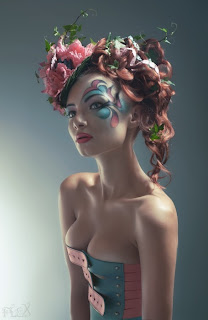 Here's a name that is a whole lot of Disney with a dash pop star.

I'm not the type of person to say that a movie changed my life, but Fantasia certainly influenced me in a profound way. I remember watching it when I was three years old and being completely captivated by it. To my great surprise, Fantasia was only Walt Disney's third full length animated picture. I didn't realize it was that old.

The evolution of the film is an interesting story. Mickey Mouse was declining in popularity if you can believe it, so Disney wanted to make a short film based on "The Sorcerers Apprentice" that centered around the character. He met with conductor Leopold Stokowski, who agreed to work for him at no charge. Stokowski also suggested the idea of making it into a full length feature of multiple shorts set to classical music, but Disney originally passed on the idea.

So the music was recorded and the animation was completed. But due to Disney's demanding standards, the short cost a lot more to make than a short would usually cost. If "The Sorcerer's Apprentice" was released on it's own there was no way that he could recoup the money it took to make it. So he revisited the full length movie idea, a project that was originally titled A Concert Feature. Disney hoped that this would attract a wider audience to classical music. The title Fantasia was picked by Stokowski, who pronounced it "fahn-TAH-zee-ah." Fantasia is an Italian musical term meaning "musical composition that sounds extemporaneous." It is derived from the Greek word phantasia, which means "perception," "image," or "imagination." Nowadays, people are likely to pronounced it "fahn-TAY-zhah."

Unfortunately, when the movie was first released in 1940, it was not the huge hit they wanted. People didn't get it. It was before it's time. The film was applauded by movie critics who recognized that it stripped away all conventions, music critics were resentful of the idea of putting images with classical pieces. Some other comments have been made that Fantasia is "not a kid's movie." They say that kids are fidgety and bored during this film and that it's really only "for adults and very nerdy kids" (hey!). There is also a bizarre controversy over "The Pastoral Symphony" because the original movie showed several black centaurs as servants for the white centaurs. They weren't edited out until 1969.

Still, the legacy of Fantasia cannot be ignored. It's scenes are now iconic and are the subject of many parodies including an Italian film called Allegro Non Troppo. In 1999, Fantasia 2000 was released, which I also love. 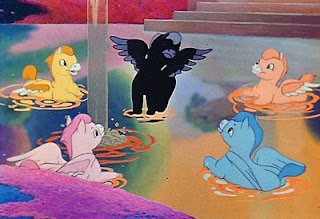 Fantasia is regarded as a very Pagan friendly movie. I mean, think about it. Greek mythology comes to life in "The Pastoral Symphony." The consequences of irresponsible spellwork are explored in "The Sorcerers Apprentice." The land of faerie dances in "The Nutcracker Suite." You travel back in time with "The Rites of Spring" (music which was originally about Slavic Pagans). And the raw sexuality of "Night on Bald Mountain" followed by the dull monotony of "Ave Maria" is enough to make anyone Pagan.

As far as I know, the only famous namesake for this name (aside from the movie) is Fantasia Monique Barrino, who is simply known by her first name professionally. This R&B singer won American Idol one year (I'm not a fan of the show, please don't make me look it up). She has an interesting sound. She certainly must be thanking her parents for giving her such a distinctive name.

Despite all that, I still wouldn't use the name Fantasia personally. I'm more likely to use the name Fantasy, and even then it's middle name territory. Still, I can certainly see the appeal for Fantasia. Some people might think that Fantasia has a stripperish quality. I'm not so certain that I disagree, but when I meet a little Fantasia I will certainly keep an open mind.