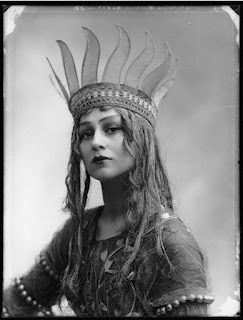 Blessed Yule, everybody! And if you live in the Southern Hemisphere, Blessed Litha! Either way, you're celebrating Solstice! Not all Neo-Pagans celebrate Yule, but most if not all do something for the Winter Solstice.

Solstice (pronounced "SOL-stis") is derived from the Latin word solstitium, meaning "point at which the sun seems to stand still." It is the name of an astronomical event that occurs twice a year when the sun's appears to be at it's northernmost and southernmost extremes. The apparent movement of the sun path north or south appears to stop before switching directions.

The idea that the earth was spherical was first discovered by the Ancient Greeks, even if the Christians took a while to accept it. As soon as they figured that out, the devised the concept of the celestial sphere. They believed that the night sky was a spherical surface rotating the heavenly bodies.

Just like honoring death is a shared experience at the end of October, celebrating rebirth and the return of the light on this day is a human thing. There is Yule, Saturnalia, Christmas, Hanukkah, Ramadan, and Kwanzaa. If you're Persian, you celebrate Yalda. Korochun is celebrated by the Slavics. Japanese celebrate each solstice and equinox with a holiday called Setsubun. On the tip of South America, the Mapuche people celebrate their New Year with We Tripantu. In the Hindu calender, both solstices are named Makara Sankranti.

Solstice has never been a common name in the United States (or anywhere, as far as I know). There aren't any names that I can think of that sound like it either except for maybe Celeste. There have not been enough people given this name to determine it's gender, although it reads feminine to me.

This would be a beautiful name for any child born on this day. Solstice has a unique, soft sound. It's a name that I wouldn't mind giving to one of my own daughters someday.