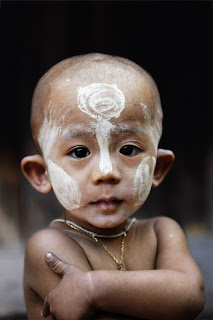 There were a few trees names from the Celtic tree months that I didn't profile last year. Probably because I was already profiling so many names that began with "A" at the time and I wanted more variety. But that means that I get to profile Ash this year.

The Celtic tree month of Ash begins in February 18th and ends March 17th. The word ash is derived from the Old English aesc.The tree's Latin name is fraxinus, and both names mean "spear." According to mythology, Odin's spear is made from an ash tree. It's Celtic name was nion (pronounced "NEE-on," I think).

The Ash tree is famous amongst Neo-Pagans for many reasons. In Norse mythology, Yggdrasil, also known as The World Tree, is a giant ash tree that links and shelters all worlds (I'm sure all Neo-Pagans have seen a diagram of it at some point in their lives). The first man, Ask, was formed from an ash tree as well. This tree secretes a sugary substance which, it is believed, was fermented to make the Mead of Inspiration. In Greek mythology, the Meliae are the nymphs of the ash tree. It's this tree that the Hanging Man is strung from in the tarot deck. Yule logs often come from ash trees. It was believed that this tree was a serpent repellent, and that they would stay out of a circle drawn on the ground with an ash branch. Nicknames for this tree include "unicorn tree" (it was believed that ash was the unicorns favorite tree), "guardian tree," and "widow maker" (because large branches often drop without warning).

Neo-Pagans may uses this tree for many magickal and medicinal purposes. The month of Ash is a good time to perform magick that connects you with your inner self. Ash is connected to the water element, so you can use this tree for ocean power, ocean rituals, protection from drowning, and rain making. Witches brooms are often made with a handle of ash, and it was a popular wood for shields and spears since it was known for having protective powers. If there are no snakes around, ash can repeal nasty and negative people. They can absorb sickness because special guardian spirits reside in ash. The Druids use ash wands with special spiral carvings for the purposes of healing. Ash leaves placed under your pillow will induce prophetic dreams, and carrying one will attract a lover of the opposite sex. In springtime, leaves and freshly grown tops can be used to make a tea that encourages fasting or weight loss. Ash trees are known to be liver and spleen cleansers, and can make the immune system stronger.

It's most common practical use is, obviously, firewood. It is great for barbecues and smoking. Ash tree wood is a popular material for the bodies of electric guitars, and less commonly for acoustic guitars. They are also used to make drums and indoor furnishings. Because ash trees were commonly used to make the bodies of carriages, early cars and planes had frames made of ash.

Of course, the name Ash could also be a reference for the residue of fire. It's a name that combines the elements of fire and earth. Ashes also are heavily associated with death, "Ashes to ashes, and dust to dust," "Ashes, ashes, we all fall down." So that makes Ash a mildly macabre name as well.

There are a few fictional namesakes for Ash. Apparently the main character in Pokemon is named Ash. I wouldn't know, I was never into Pokemon. The association that comes into my mind is the son in the Fantastic Mr. Fox film.

This name could work as a Wicca-lite name because Ash is often used as a short form of Asher, a Hebrew name meaning "happy," or Ashley, an Old English name meaning "ash tree meadow."Put I didn't put it in that category because it is quite rare on it's own. It reads more masculine to me personally but it could work for either gender. Variant forms include Ashe and Asshe (although I wouldn't recommend the later). There are also other names that are related to Ash, like Ashby (meaning "ash tree home"), Ashford (meaning "ford by the ashes"), and Ashton ("ash tree town").

So if you want a short, no frills natural name for someone born during the month of Ash, this name could be very appealing.