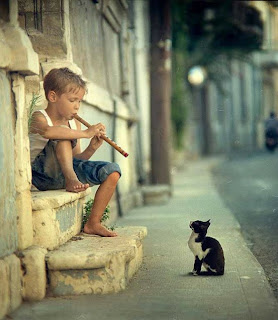 At the end of January, Laurie Cabot closed The Official Witch Shoppe and retired from her 42-year career of running various Witch-related stores in Salem, Massachusetts. She is switching her energy towards building a temple, according to a newspaper. Which is great, but her decision to step out of retail has left some reeling.

Laurie Cabot (born Mercedes Elizabeth Kearsey) was one of the leaders of the Neo-Pagan movement in the United States. She is a bit of a controversial figure for us due to her willingness to embrace publicity (she's appeared on Oprah, among other shows) and for her stereotypical way of dressing. But she endured a lot of hatred and ridicule so that others in Salem can practice their faith relatively unharassed. She raised her two daughters as Witches way before there were resources readily available for that. She was named "Official Witch" by the Governor for her work with special needs children. She is credited for single handedly turning Salem from a footnote in history to a tourist attraction. She is approaching the winter of her years, but it's not like she's dead. She's just switching her goals.

Cabot (pronounced "KAH-bit") is an Occitan name, which is a romance language spoken in the south of France, Italy's Occitan Valleys, and in Spain's Val d'Aran (which is sometimes unofficially known as Occitania). The name is a diminutive of the word cap, meaning "head." Therefore, Cabot started as a nickname for someone with an odd-shaped head.

In America, Cabot is a surname especially associated with Boston, Massachusetts. It was one of the ultimate Boston Brahmin surnames, which means that they were very wealthy. The "Boston Toast" by John Collins Bossidy contains the line, "Where the Lowells speak only to Cabots/ and the Cabots speak only to God." Laurie Cabot claims to be a descendant of this family. The name has since lost it's elitist tinge thanks to jazzman Cab Calloway.

Unfortunately, it's impossible for me to think of this name without thinking about Mystery Science Theater 3000. For the uninitiated, that is a television show with a cult following that played bad movies with hilarious commentary by robots. Fellow mysties will know which episode I'm talking about, and how could they not? In the episode "Outlaw," the "hero's" name is said over 60 times in the first fifteen minutes. It's really difficult to take a name seriously after that.

If that doesn't bother you, then this is an interesting name that's on trend for a boy. And I really do see it as a boy's name, I have a hard time picturing it on a girl (but my boundaries have been pushed before). I don't think that many muggles will know who Laurie Cabot is, so it also references Neo-Pagan culture without being too overt. If I wasn't a complete nerd, Cabot would be an intriguing option.