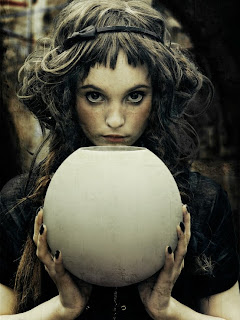 Well, I've seen the Tony nominations and I am thoroughly unimpressed with the "best" new musicals. We have three movie adaptations and one with a kitchy original story and existing music. How disappointing. But one musical that only got one nomination (for best book, which means script and story) intrigues me: Lysistrata Jones.

Lysistrata Jones is based on the Ancient Greek play Lysistrata, and even if you've never heard of it you've probably heard of this story. This comedy was written by Aristophanes, and it's one of the few works of his that survived. Like many comedies of the time, Lysistrata makes a lot of topical references so it is worthwhile to have a passing understanding of what was going on the time it was written. Athens had just experienced a catastrophic defeat in the Sicilian Expedition, which was a battle in the long running The Peloponnesian War.

In the play, women are portrayed as crazy hedonists but Lysistrata is the exception. She has a sense of moral responsibility. Lysistrata brings together women from various city states in Greece (how she manages to do this when most rich wives in those days were confined to their houses, I haven't a clue) and convinces them all to withhold sex from their partners as a means to force them to end the Peloponnesian War. The women are very reluctant, but Lysistrata manages to convince them that this is the right thing to do. Hilarity ensues, and eventually the men agree to peace talks with the "unruly women with unruly names."

This plot has been adapted many times over. In Lysistrata Jones, Lysistrata is a high school cheerleader who refuses to have sex with her jock boyfriend until loosing-streak his team wins a game. It got a lot of good reviews during it's Off Broadway run. But apparently, the musical only ran for 64 days on Broadway. That doesn't say much in this terrible economy. It is probably worth mentioning that another musical based on Lysistrata is in the works and it has an increadibly Pagan sounding title: Goddess Wheel.

Lysistrata (pronounced "lih-sih-STRAH-tah," I think) is the Latinized form of the Greek name Lysistrate, meaning "loosening the army" or "army disbander." As much as I love the story behind the name, it's is a bit of a mouthful. You could always shorten it to Lyssie I suppose, but still.

Lysistrata would be a good name for someone who wants something with history but is unique. And if you're willing to overcome the spelling and pronunciation issues, power to you.