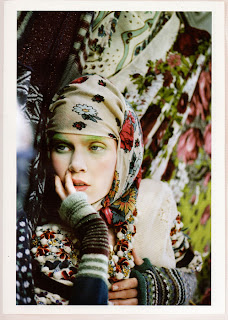 Blessed Beltane, everyone! To our friends in the southern hemisphere, Blessed Samhain! And if you live in Central or Northern Europe, Blessed Walpurgis Night!

Walpurga (pronounced "wahl-PUR-gah," I think) is a variant of Walburga, a German name meaning "rule of the fortress." This name is associated with a well known Saint Walpurga, who lived during the 700s. As it turns out, she is a quite important saint.

Saint Walpurga, also known as Saint Walburga, Valderburg, or Guibor, was actually a nun from England. She traveled to Germany with her brothers Saints Willibald and Winibald in order to become an assistant to Saint Boniface, her uncle. Clearly sainthood was a family tradition. Germany was still a very Pagan area, and the saintly family was trying to convert them. What's interesting about Walpurga is that she was very educated. She wrote her brother's biography in Latin. Literacy was a rare skill in general during the time, but it was especially unusual for a woman to read and write. It is believed that she is the first female author of both England and Germany. Oddly, she is the patron saint of rabies.

Walpurga's canonization was on...May 1st. As we all know, that date coincides with an earlier holiday. And that is why this saint is associated with the other, warmer Halloween. Walpurgis Night is on the eve of Beltane/May Day. It is traditionally celebrated in Germany and other Central European countries with bonfires, dancing, witch costumes, and all other sorts of Pagan festivities. I wonder if she's spinning in her grave.

Walpurga has never been a popular name in the United States. I don't think it will appeal to many Americans. But German names in general tend not to speak to me, so perhaps my opinion is biased. I'm still a bit shocked that some parents are considering Winifred again, for instance. Variations include Waldeburg, Valpuri, and Vappu. The last two might have a chance.

So if you want a really unusual, strong sounding name for a girl that is associated with the season, Walpurga might be for you.