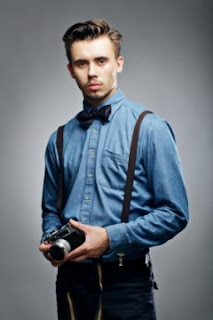 The surname of F. Scott Fitzgerald's most iconic character has a good chance of getting more popular.

A confession: I hate The Great Gatsby with a fiery passion. I suppose they keep it on the High School curriculum so that students can write a lot of baloney about what the green light means (hint: it means "go"), because they sure won't empathize with any of the characters. Had Baz Luhrmann not directed the new movie version coming out I would not be interested in seeing it at all. Apparently most people at the time shared my opinion because it was not a commercial success when it was first published in 1925. It wasn't until it was republished and thousands of copies were given to World War II soldiers for free that it found an audience and became an American classic.

Part of the allure of the book is the setting, and I get that. The Roaring Twenties is an era in history that a lot of people are fascinated by. People were prosperous and stylish, women were free, and there was great music. The Great Gatsby is supposedly a window into the lifestyle of that time.

So the story is basically this: the narrator, Nick, rents a house next to Jay Gatsby's mansion.  This place is also close to the house of his second cousin, Daisy Buchanan, and her husband, Tom. The Buchanans are "old money" while Gatsby is a recently made his fortune by bootlegging. But Daisy knew Gatsby before she met her husband and Gatsby is still in love with her. They rekindle their affair and this is the main conflict of the story. Also featured is Tom's affair, lavish parties, and a faded billboard with specticalled eyes.

I'm sorry to say that the origin of the name Gatsby is a little bit of a mystery. The character was born James Gatz and changed it to Jay Gatsby later in life, so it is possible that Fitzgerald simply invented it. But the name, and variations of it, had popped up before. It appears in works by Mark Twain, George Eliot, Ernest Vincent Wright, and Rudyard Kipling. It was occasionally used as a boy's name during the late 1800s, years before The Great Gatsby was written. Some speculate that it's a German name meaning "God's boy," but I've seen no reliable proof of that.

I actually like the name Gatsby a lot. If it weren't for my dislike of the most famous namesake it would be one of my favorites. It's snazzy and gives off the impression of wealth. It has a trendy sound as well and I can see it being used for girls as well as boys. It wouldn't surprise me if it got more use.