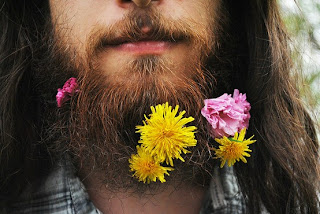 Leif might seem like a foriegn import, and to some extent it is. But it is also deeply intrenched in American history.

Leif (pronounced "LEEF," "LAYF," or the same as "life," depending on who you ask) is a Scandinavian name derived from leifr, meaning "what is remaining" or "relic." This is ultimately derived from lev, "to leave." Many baby name sites list that it means "beloved" or "love," but they're confusing it with the Germanic leib or lip. Not to long ago, it was accepted that Christopher Columbus was the first European to set foot on American soil. Now we know quite differently.

Leif Ericson (also recorded as Leifr Eiriksson, Leifur Eiriksson, and Leiv Eiriksson) was a Norse explorer who lived during the 900s-1000s. He was the son of Eric the Red (hence the name Ericson), who is known for establishing the first permenent settlement in Greenland. Leif's grandfather was banished from Norway for manslaughter, which is why Leif was born in Iceland. Leif is described in records as having a strong and striking appearance. He was known for being kind and wise.

Leif apparently converted to Christianity (a decision that his Pagan father did not take very well) and was in charge of bringing the religion to Greenland. Leif's vessel was blown of course and he landed to a place that he called Vinland. Nowadays, it is generally accepted that Vinland was in what we now know as Newfoundland, a provence of Canada. There were several settlements in Vinland. So the obvious question is why did they leave? Apparently, relations with the Native Americans were increadibly hostile, which could be part of it. But it was mostly because the discovery was not seen as terribly important at the time.

Leif experienced a brief surge of popularity during the 1960s-1980s. Leif's settlements were discovered by archeologists during the 1960s, so I definitely think that there's a connection. It could also be due to Leif Garrett, who was the teen idol of the moment. It peaked during the 1970s at #771. In 2008 it was ranked #347, which is not surprising.

I'm starting to warm up to Leif. I'm usually not attracted to North European names, but I like this one. This could be do to it's similarity to the word "leaf," though. It sounds like a nature name but is also a strong "legitimate" name. I can't see it becoming popular again anytime soon, but it's a name that most people know so it won't feel unusual.