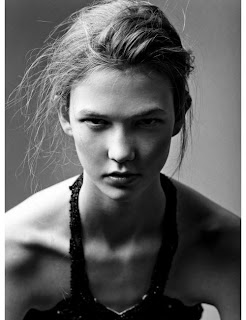 Like most people I was watching the Olympic's opening ceremony last night, and I was inspired to profile the name Olympia.

Olympia (pronounced "oh-LYM-pee-ah") is, of course, in reference to Mount Olympus. Unfortunately, the etymology of Olympus is unknown. Mount Olympus is a real place, not a mythical one. It is the highest mountain in Greece (over 1,000 feet) located along the northern border. Trying to climb it would be very dangerous, and this must have been the inspiration for it's status as the home of the gods.

In the stories, there isn't very much explanation as to how Olympus came into being. Apparently, the mountain just willed itself into being after the gods defeated the Titans. I'm serious. That's the origin story that I have. The gods who lived there were the main 12 Olympian gods: Zeus, Hera, Poseidon, Athena, Demeter, Apollo, Artemis, Dionysus, Ares, Aphrodite, Hermes, and Hephaestus. The mythical Olympus was a paradise. No human being was ever allowed at the home of the gods under any circumstance, although some did try. The mortal Bellerophon rode Pegasus up to Olympus. Zeus sent a fly to attack Pegasus, causing him to rear and toss Bellerophon.

For the Ancient Greeks, the Olympic games were tied with their mythology. It was essentially a religious festival held in honor of Zeus. The gods enjoyed running, wrestling, and jumping competitions, but there are several more origin stories. One states that a young man named Herakles and his two brothers raced to at Olympia. Herakles was crowned with a laurel wreath when he won. The ancient Olympics were quite different from their modern counterparts. The prize for winning the women's foot race was a Priestess position for Hera. The men would compete nude for many sports. The midpoint of the games would be celebrated by sacrificing 100 oxen. And the arts were a much bigger part of the games: there were competitions in things like tragedy and sculpture. The first Olympics took place in a sacred plain called, what else, Olympia.

Olympia has never been in the American top 1,000, which actually surprised me. For some reason I thought it might have shown up in the olden days. But that doesn't mean that the name is lacking in namesakes. The mother of Alexander the Great was named Olympias. Olympia Dukakis is a very well respected actress. There are quite a few other peaks named after the famous Olympus located around the world. Olympia is the state capitol of Washington. There is also Princess Maria-Olympia of Greece and Denmark. The masculine variant is Olympus but also Olimpio.

Olympia is a name filled with power and authority. It would be a great name for any witchlet or anyone with a connection to the Olympic games.