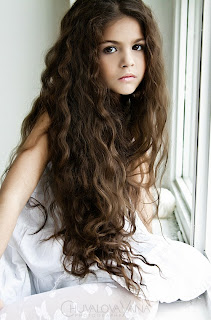 Moving along with the requests, this one was suggested by geekboy62.

Why did I think that Phoebe meant "bird"? Phoebe (pronounced "FEE-bee") is a feminine form of the Greek name Phoibos and it means "bright" or "shining." This origin makes sense if you think of the name Phoebus.

Phoebe is another name for Artemis. It was also the name of a Titan. Phoebe, sometimes called Phoibe, was the goddess of the moon before the Olympians were born. She is the daughter of Uranus and Gaia and the mother of Leto (who gave birth to Apollo and Artemis) and Asteria (who gave birth to Hecate). This name appears on other characters in Greek mythology as well. Phoebe was one of the Amazons that fought against Heracles. Another Phoebe was the sister of Helen of Troy.

People started to use Phoebe as a given name in England during the Protestant Reformation. A character with this name appears in the New Testament on a female minister in the Church at Cenchreae. Some Theologians believe that Phoebe was responsible for delivering Paul's epistle (a type of formal letter) to the Roman Catholic Church.

As it turns out, there is a bird called a phoebe. It lives in North and South America that prefer to hunt for insects in open areas. So it is a bird, but it doesn't mean "bird." This name also has a botanical namesake as well. Phoebe is a genus of evergreen trees belonging to the laurel family. Phoebe is also one of the moons of Saturn.

Although it's peaking right now, I associate it with my parent's generation because it's the name of one of my mother's college friends. Which is odd, since she was born in the 1960s and the name would not have been popular then. I also have a problem with spelling it, always switching the "o" and "e". But that's just me personally. Phoebe is a great Wicca-lite name that most everyone is familiar with but still has tons of witchy cred.