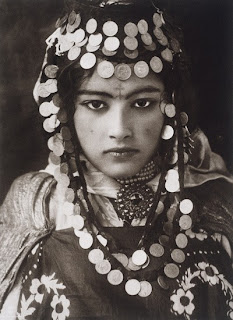 This regal and exotic name from the theatrical world presents a few challenges.

The first hurdle this name presents is the pronunciation. Anyone who is familiar with the opera will not pronounce the "t" at the end, making it "tur-an-DOH." However, "tur-an-DOT" is technically the correct version used originally. Turandot comes from the Persian name Turandokht, meaning "daughter of Turan." Turan was an area in Central Asia that was a part of the Persian Empire.

Turandokht is a Persian fairy tale that can be found in the book One Thousand and One Days, not to be confused with the more famous One Thousand and One Nights. This story of a cold princess might have been based on an actual person. Turandokht Sassanid was a princess of the Persian Empire that lived during the 600s. She was the sibling of Azarmidokht and Purandokht. Purandokht was the oldest and actually acted as Empress for a time.

So why Puccini decided to set his famous opera in China, I have no idea. It came out during the 1920s and I understand that all things Orient were fashionable then. But still, from my modern point of view, it seems like an incredibly boneheaded thing to do. The name Turandot doesn't even look a little bit Chinese. With the exception of the place and time, the details of the fairytale remain the same.

Turandot is a princess with a cold heart who has promised herself that she would never be dominated by a man. She makes it a rule that any man who wants to marry her must answer three riddles. If he can't come up with the answer, he is beheaded. The former Prince of Tartary, who is living as a commoner after his home was conquered by the Chinese, falls in love with her on sight. The Prince accepts the challenge and succeeds. Turandot is completely distraught, so the Prince says that if she can guess his name by sunrise she can kill him. The Prince's father and his servant Liu, who is in love with the Prince, are around Turandot's ministers know that they know each other. Liu says that she knows his name but will never tell it. She is tortured by Turandot, but continues to refuse. Turandot asks what the source of her strength is, and Liu replies that it is love. Liu stabs herself. The Prince scolds Turandot for her cruelty but kisses her anyway. Turandot admits that she both loves and hates him and asks him to leave. The Prince tells her his name, Calaf. By morning, Turandot agrees to marry him and her bloody reign ends.

Turandot is a daring name to use. There is nothing really like it on the charts. It has a few things going for it. If you're an opera fan or you have Persian ancestry I see no problem with using the name. Because the fairytale is, or at least was, popular in Europe the people living there might recognize the reference quicker than Americans. It is an interesting way to get to Dottie or Anne. But...in a way it feels like naming a child Pele or Nefertiti. I think that you have to have a specific type of personality in order to wear this name well. On the other hand, if you don't pronounce the "t" at the end it has a softer sound, which might work on a quieter girl.

I have conflicting feelings about using the name, but not the name itself. The name itself is fantastic. I love it's strength and uniqueness.