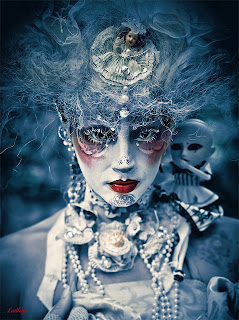 This name comes from a beautiful gemstone that people either love or fear.

The origin of this name is not as straight forward as some sources would suggest. Opal (pronounced "OH-pal") could be derived from the Sanskrit upala meaning "jewel." That's what most reference material will say and the argument for that is pretty strong. But Ancient Roman sources suggest that it has something to do with Ops, the wife of Saturn and mother to the Olympians. The Romans were the ones that brought opals to Europe, presumably from India but no one knows for sure.

Opal is a form of silica related to quartz, which means that it is non-crystalline. Although it is well known for being clear or white, opal comes in pretty much any color you could imagine. That's why it's called the "rainbow gem." Opal is the national gemstone of Australia, and they currently produce 97% of the world's supply. Other places you can find opal deposits are in Turkey, Indonesia, Brazil, Ethiopia, Guatemala, the Czech Republic, Slovakia, Hungary, Honduras, and Nicaragua. Commercially, opal is the birthstone for October.

In ancient times it was believed that this stone was very lucky. Because of the many colors it can have the opal possesses all of the powers of every other gemstone. However, the Australian Aborigines would disagree with this. They associate opals with the Rainbow Serpent, and therefore fear it. Some even believed that opals could grant the wearer invisibility when it was wrapped in a bay leaf. For this reason, it was called the patron stone of thieves.

Westerner's perception of this gemstone changed when a book by Sir Walter Scott called Anne of Geirerstein came out in the 1820s. In the book, the Baroness of Arnheim wears an opal talisman, but when a drop of holy water falls on it she dies. The novel was so popular that the sale of opals dropped 50% within a year. Years later, the stone still has an "unlucky" tag without anyone remembering where that association first came from. Still, Neo-Pagans today use the stone for many positive magickal applications. Opals are used to bring out the inner beauty of the wearer and for healing the spirit.

Opal as a name was most popular during the 1910s, ranking at #92. It fell out of the top 1,000 in the 1960s. There is also the variant Opaline, which is one of my favorites, and Opala. It appears that this name has been only used for girls, but I don't think it's out of the question for boys. Particularly if you use Opalus, which is the Roman term for the gem.

I think Opal is due for a comeback pretty soon, and I would love to see it happen. It's feminine without being prissy, and people are interested in making the old new again. I will be on the lookout for this one.