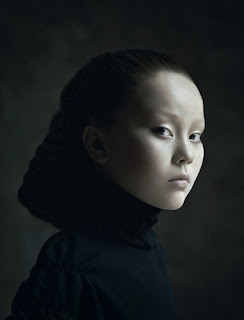 Could we be seeing lovely Lark on more children soon?

Lark is ultimately derived from the Proto-Germanic laiwarikon, a word with no known meaning. Some Old Norse and Old English sources suggest that it means "treason-worker" but there is no evidence to support this. Today, the word means "songbird." It can also mean "spontaneous outing or adventure" depending on how it's used.

There are several types of larks, like the skylark and the horn lark, but they all share some qualities. They are all known for their melodious singing voice and, unlike other birds, sing while flying. They are also very good at mimicking the calls of other birds. Their plumage is not particularly exciting as they're usually brown to camouflage with the ground. They usually make their nests on the ground or in long grass. Their habitat varies, but many species enjoy living in dry places. Contrary to popular belief, the meadowlark is actually closer related to the starling, but that doesn't stop people from associating it with larks. In cuisine, lark meat is considered a delicacy but due to the bird's shrinking habitat it is harder to come by.

Larks appear in mythology as a symbol of cheerfulness. The appearance of a lark also represents daybreak in many stories. For example, there is a passage in Shakespeare's Romeo and Juliet in which Juliet tries to convince Romeo that the lark singing outside is a nightingale because she doesn't want him to leave. Larks are also often shown as messengers. In Dakota mythology, larks are the messengers of Itokaga, god of the south wind. The meadowlark is a symbol of beauty, fertility, marriage, and fidelity. Some artists used the lark to symbolize Jesus. These birds also have a crescent moon shape on it's breast. Quite lucky for Neo-Pagans. It's lunar symbol makes the lark a symbol of inner discoveries and the concept of self.

Most sources will list Lark as a girls name. But my immediate instinct is to say that it's a boy's name. It was first introduced to me via a male character in a novel/epic poem by Toby Barlow called Sharp Teeth. Although I personally suspect that the character is gay, Lark is a smart leader and successful lawyer who builds himself up again and again after his partners either turn against him or die. Okay, he's a werewolf, like most of the characters in this book. Please don't hold that against it, Sharp Teeth is a fantastic book. It was the first time I heard the name. After that, I started to see it everywhere. But on the other sex.

Lark has never been a popular name in the United States. The only real-life namesake is actress Lark Voorhies, who is most well known for her work in the television show Saved by the Bell. However, I've seen it used as a middle name. Middle names are not recorded in social security baby name lists, so I have no way of knowing how often it's used. But I can see it appealing to the many people who like Rose as a middle name. Since it has yet to really be claimed by either gender, I still think you could get away with using it on a boy.

So if you want a beautiful, natural, no nickname moniker, this one could work for anybody.