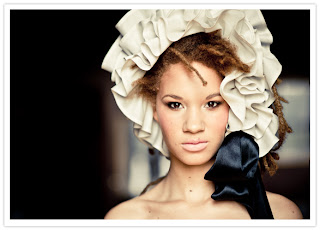 On British Baby Names, the author mentioned that the name isn't used in America because of the maple syrup. I'm sorry to say that there's much more to it than that.

To give you an idea of how deep this goes, the character of Syllabub in the musical Cats was originally named Jemima in the London version. The character was renamed for the American version. It wouldn't have made the slightest bit of difference. They never say the character's name and for gods sakes it's a silly musical about cats! But the American producers thought that the audience would find the name Jemima too upsetting. And that's not because it's a brand name for pancakes.

Jemima (pronounced "jeh-MIY-mah") is a Hebrew name literally meaning "warmth" or "affection," however it is often taken to mean "dove" as their word for dove is derived from the word for warmth. In the Bible, she was Job's eldest daughter and sister to Keziah and Keren. She is discribed as one of the most beautiful women in the world. She is given an inheritance along with her siblings and then disappears from the book completely.

Aunt Jemima is indeed a company that makes breakfast foods in the United States, but that name has an unsavory past. Aunt Jemima came from minstrel shows, an old form of entertainment that lampooned Black people as stupid, supersticious, happy-go-lucky fools. The character was often portrayed by White men in blackface. Thankfully, these types of skits died after the Civil Rights Movement. Aunt Jemima is what people call the "mammy archetype." She's the subserviant, friendly black slave that runs the household and takes care of the children. They've since changed her appearance so that she looks more like a housewife, but calling someone an "Aunt Jemima" is still a bit of a derogatory term.

In England, it's just considered a girls name that was well used during the Victorian era. It is apparently rising in popularity in that country again. They associate it with famous actresses and Beatrix Potter. As for the United States, the last time it was ever on the charts was in the 1880s at #959. Yemima is a variant, but I'm not sure if that helps.

I don't think Jemima has much of a chance at popularity anytime soon. If you think about it, the Civil Rights Movement really wasn't that long ago. There might be people that still remember the minstrel shows. I think it'll have to be a few more decades before the association dies away. It certainly doesn't make Jemima a bad name, and I'm not trying to deter anyone from using it. But it is a shame.

Image Credit:
via http://www.100layercake.com/blog/
Posted by Isadora Vega at 9:00 AM