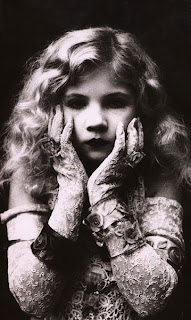 There are a lot of -dora names out there: Isadora, Theodora, Pandora, and, oh yeah, Nymphadora. But out of all the -dora names, Musidora is one of the most under appreciated and rarely used.

Musidora (pronounced "myew-sih-DOOR-ah") is a Greek name meaning "gift of the muses." The Greek mousa was a common word meaning "song" or "poem." The Muses are the goddesses who inspire the creation of all forms of literature and the arts. The Greeks would commonly invoke the muses at the beginning of an epic poem or hymn, stating that they were the true speaker, for whom the author is merely a vessel for the work to travel through. In ancient Greek mythology there were actually a lot of Muses with different names depending on who you ask. But the earliest record mentions three original Muses named Aoide ("voice"), Melete ("practice"), and Mneme ("memory"). And isn't that all you really need to create art?

It wasn't until the Renaissance that we had the nine muses that we know today. Neoclassical artist were obsessed with Ancient Greek and Roman culture. There were many emblem books that helped standardize how these mythical figures were portrayed in art, giving them different props to hold, so that they were instantly recognizable to the viewer. These new Muses stuck, and are often taught in books and schools today. There's Calliope (for epic poetry), Clio (history), Erato (love poetry), Euterpe (lyric poetry), Melpomene (tragedy), Polyhymnia (sacred poetry), Terpsichore (choral dance and song), Thalia (comedy), and Urania (astronomy).

There used to be cults devoted to the Muses, and shrines to the Muses were made to promote civic harmony and learning in Greek cities. The ancient Library of Alexandria is said to have had a shrine to the Muses. Many Enlightenment figures such as Benjamin Franklin and Voltaire sought to reinstitute "the cult of the Muses" in the 1700s. This tradition is where the use of the word "museum" comes from.

Depending on how eclectic you're film tastes are, you might recognize Musidora as the name of a silent film actress from France. Born Jeanne Roques, she adopted this name to fit the vamp persona that she wanted to embody. With her exotic wardrobe and heavily kohled eyes, she was an instantly recognizable presence in Europe. She stared in many popular avante garde pictures, including the series Les Vampires, which has nothing to do with vampires. She also directed and wrote some of her own movies.

In America, the name would be very unusual. I don't think many people even know it exists, unless you're aware of incidental characters from the Harry Potter world. I also don't know if there is a version of this name for boys. Masculine variations of -dora names usually end in -dore or -doros. But if there is such a name as Musidore or Musidoros, I've never come across it. Doesn't mean you can't be the first though. I think all the versions sound dark, syrupy, and sophisticated, if that makes any sense. I'm in love with Musidora and would definitely consider it for a daughter.

Image Credit:
I can't remember where I found this image.
Posted by Isadora Vega at 3:36 PM