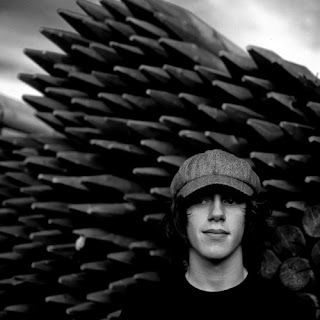 Christian saints, Pagan tribes, and famous blue-eyed singers all come together in this name.

I have to admit that I have something of a bias on this name. My godmother's name is Francis, and she always hated it. She was named after her grandmother Francesca, and poor Francis always thought that was so much prettier and despaired in her having a "boys name" instead. But I'll put that aside because, even though this is never a name I would give to my child, it does have an clunky old-fashioned charm to it.

Francis (pronounced "FRAN-sis") is a Latin name meaning "free man" or "Frenchman." The land that we now know as France was originally the Kingdom of the Franks. The tribe name Frank has been traced to frakka, the Germanic word for "javelin." According to the tribe's mythology, they are named after their first ruler Francio. The Franks enter recorded history in 50 A.D. and as the years passed they were both enemies and allies of the Romans.

No matter what religion you follow, the most famous barer of this name is Saint Francis of Assisi. He's the guy that famously gave away all of his possessions, for loving animals and nature, and for inventing the first Christmas manger scene. He developed the Third Order of Saint Francis, and his followers are commonly known as the Franciscans.

The Franciscans are an interesting sect of Catholicism. Saint Francis was arguably the most committed person who ever modeled his life after Christ (he even gave himself the stigmata), he also believed that nature was the mirror of God. He wrote the "Canticle of Creatures," and in it he used terms like "Brother Sun," "Sister Moon," and "Sister Death." He referred to animals as his brothers and sisters. This all sounds strikingly familiar to anyone who has studied Native American culture.

Francis has other namesakes attached to it besides the saint and the tribe. Frank Sinatra was Francis Sinatra on his birth certificate. There is also philosopher Francis Bacon, director Francis Ford Coppola, golfer Francis Ouimet, and "Star Spangled Banner" author Francis Scott Key. If we include other versions of this name, there are many more.

Frances is a feminine variation. Francois is a favorite in France for both genders. Franco, Francesco, and Francesca are Italian and Spanish versions. Others include Franz, Franzel, Fran, Franche, Feri, Chico, Paco, and Pancho, to name a few.

With all that, I can imagine why Francis would appeal to someone who loves names with no frills. It has a lot of history spanning many different cultures. But personally, I like Franco better.