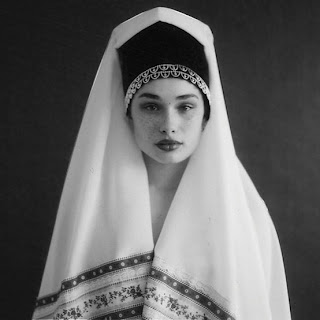 Here is the name of a woman that continues to be a huge influence on Pagan culture.

Hypatia (pronounced "hih-PAY-shah" or sometimes "HIH-peh-shah") is derived from the Greek hypatos and it means "highest" or "supreme." Hypatia of Alexandria is the most famous Pagan "martyr." Generally, Neo-Pagans have a real distaste for the idea of the "martyr," but we use it for her for lack of a better term.

Hypatia is considered to be the first female mathematician and was also a philosopher. She was the daughter of mathematician Theon Alexandricus, and he gave her a good education. She was also known for being very beautiful. She studied in Athens and Italy and soon became a teacher of philosophy and astronomy in Alexandria, Egypt. She accepted anyone as a student whether they be Pagan, Christian, of foreign. Keep in mind, this was during the 300s, when tensions between the dominant Pagan civilization and the growing Christian community were at it's peak. Many Christians were hostile against her, because she was a Pagan woman who taught science. But lots of Christians admired her as well. Hypatia never married or had children, so she was seen as virtuous.

Hypatia became a point of contention because Orestes, the governor of Alexandria, often sought her advice. This made her a target by people who were unhappy with some of the decisions Orestes made. There's more to the story, but that is essentially what it came down to. One night, a group of Christian thugs kidnapped her on her way home from work. They took her to a church where they tortured her, killed her, and mutilated her body. Her murder effectively marked the downfall of Ancient Pagan civilization, even though it did limp along for quite a few centuries after that.

Hypatia's memory lives on. Many scientific discoveries are named after her in honor of her accomplishments. Hypatia was portrayed by Rachel Weisz in the film Agora, which is considered by some to be the Pagan Gone with the Wind. Hypatia Day is on March 15th, which is a day of remembrance observed by many Neo-Pagans.

Hypatia has never been a common name in the United States. At first I wasn't overly fond of the sound, but I'm liking it the more I hear it. It fits in well with other unique names like Titania and Olympia. And with the wonderful woman attached to it, I'm sure that someone will claim the name at some point.