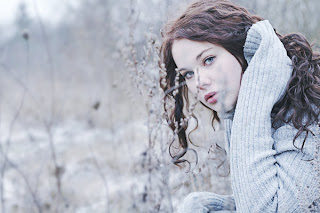 I'm always curious about old names. Or to be more specific, old names that were incredibly popular in their day only to fad out of common use.

Through the 1880s to the 1910s, there were a fair amount of "ice" names for girls that rose up the American popularity charts. In the 1890s Icie ranked #605 and Icy was #743. Icey charted too (all versions are pronounced "EYE-see"). But by the 1920s the names disappeared almost completely. Why?

Most baby name resources will state that Icie means...well...icy. That's a logical assumption. But during the course of writing this I came across an alternative definition completely at random while playing around on nymbler. The name actually doesn't have anything to do with ice at all. Icie is a nickname for Isis through it's alternate spelling Icesis. Parents started to use the nickname on it's own, and the original meaning was forgotten. If this is accurate, it would suggest that there was a big cultural obsession with ancient Egypt from the 1880s to the 1910s.

So why isn't it used much anymore? Well, I have no proof of this, but I'm guessing that the fall of Icie might have something to do with the introduction of the term "ice princess." This term is used to describe a woman who is beautiful but doesn't want to have sex. I've found that it's often used by unappealing guys, but I digress. To be "icy" or "frigid" isn't a positive association for a girl.

Sometimes I see this name on a list of "unusable" girls names past. I'm highly sceptical of such lists because they don't take into account the changing nature of fashion. Ten years ago they would have had Agnes and Maud on that list, and now it seems like I'm seeing babies with those names everywhere. That's why I think that there are very few names that are truly unusable. So what do I think could possibly bring Icie back on the charts? Two words: twitter speak.

If you think that's completely ridiculous, look back at the pronunciation again. It sounds like "I see." Which is usually abbreviated as "ic" on twitter and AIM and all the crazy things the kids are using these days. Add an adorable -ie at the end and you get Icie. Why not? It will appeal to young parents. There's already a girl named Ily out there ("ily" is an acronym for "I love you"). So it's not out of the question that it could evolve this way.


So if you want a short, breezy name from antiquity that started as a nickname for an ancient goddess and sounds cool and wintry, then Icie (or Icey, or Icy) is for you. If not, hopefully I've cleared some things up about this curious name.