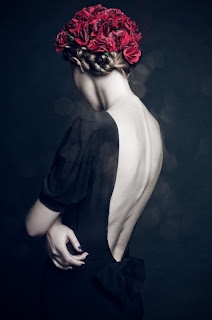 When I picked the name Isadora Vega for myself, I didn't think about the Vega part beyond it being a family name. But what I found was interesting.

Some baby name books will say that Vega (pronounced "VEY-gah") is Latin or Spanish and it means "star." That is not true. This is just another instance of some baby name resources being lazy. Vega is Spanish for "meadow" or "fertile plains." It is the name of a specific star, though.

Vega is the fifth brightest star in the sky and the second brightest that can be seen in the northern hemisphere. It is a part of the constellation of Lyra. Aside from our Sun, Vega was the first star to be photographed. Vega is a tenth of the age of our Sun but is a lot bigger in size, which means that Vega will most likely die first. There is evidence that there is at least one planet orbiting Vega. Right now, Polaris is the northern pole star, but in the year 14,000 it will switch to Vega.

"Fertile meadow" as a name for a star makes no sense at all, so as you might have guessed it has a second etymology. Vega is a loose Spanish interpretation of the Arabic word waqi, which means "falling" or "landing." It comes from the expression an-nasr al-waqi, meaning "the falling eagle." Many ancient cultures have interpreted the constellation of Lyra as being an eagle, which is where the name comes from. The Greeks believed that the constellation was the harp of Orpheus, hence the name Lyra. In Chinese mythology, Vega is a woman called the "weaving girl" who is separated from her husband and children.

Some people, particularly in the United States, might be more familiar with the variant Vegas. As in Las Vegas. When the Puerto Rican side of my family immigrated they changed their name from Vega to Vegas in order to seem more American. ...Yeah, I didn't want to use Vegas. I can't stand Las Vegas, or to be more accurate I can't stand the overpriced, touristy aspect of Las Vegas.

This name has a history of being used on famous transportation. Vega is the name of the ship of Nils Adolf Erik Nordenskiold, who discovered the Northeast Passage in the Arctic. Vega is also the first star to have a car named after it. As a surname, Vega heralds from the Castile in the north central region of Spain.

Vega has never been a common name in the United States. But I think it has a definite chance of being used more, what with the trend towards surnames and the Spanish speaking population. And I'm very glad that I've chosen it for myself.