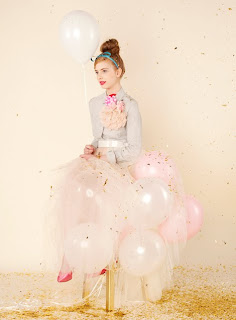 Poor, unloved February. It seems like we're using every other month as a baby name, but not this one.

Names like April, May, June, and August have been used consistently for years, even though they aren't currently stylish. September, October, November, and December are names I keep hearing more and more (but only for girls, interestingly enough). January and March are also used. But February still seems like too much for most people.

February (pronounced "FEB-you-air-ee") is one of two months that isn't named after a person, god, or number. It's derived from the Latin word februum, meaning "purification." In Roman times, they would hold a purification festival called Februa, or Februatio, on the 15th. February used to be considered the last month of the year. So it would make sense to have a cleansing festival right before the start of the next year. Februa was later mashed together with Lupercalia, but I'll come back to that in a different post.

In different cultures February goes by different names. In Finnish, the month is called Helmikuu, which means "month of the pearl." This is believed to refer to the month's iciness. When snow melts on trees and then freezes again, the droplets look like pearls. Even though spring is right around the corner, it feels like February has the iciest temperature.

February is a lot of people's least favorite month. Or at least it's the least favorite above the equator, those below it are enjoying August-like weather now (jealous!). It's the time of year when people are just fed up with winter and want to get on to spring already, cursing February all the way. But that's just not fair. Between Imbloc, Chinese New Year, Valentines Day, and the Superbowl (if you're into that) lots of cools stuff happens in February!

To be honest, I first thought that February was a little out there myself. But I thought the same thing about September too, and parents have no trouble using that. And how is this any different from September? Now the more I think about it the more it's growing on me. February has a lovely sound, and I'm tickled by the nickname Febbie. It sounds like it should belong to a quirky girl or a laid-back boy. So I think for those people should at least consider February.