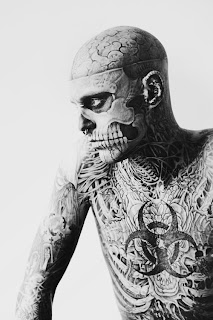 Neo-Pagans like to debate over which movie portrays our beliefs in the most accurate way. Many people believe that that movie is The Wicker Man.

The Wicker Man is a British movie based on the David Pinner novel The Ritual. It's about a devout Christian policeman named Neil Howie, who goes to an isolated island called Summerisle. He is there to find a missing girl, but the locals claim that she never existed. The locals practice a religion inspired by Celtic Paganism, which horrifies Howie. There is a sequel coming out called The Wicker Tree.

To be fair, I've never seen The Wicker Man. But when "Paganism" or "Witch" and "horror movie" are used in the same sentence, I think I get the picture as to where we're going. It's not really about accuracy (although more accuracy would be fantastic), it's about seeing the good in Paganism. I'm even more fearful about watching this particular movie because I've read about Druids and I know what a Wicker Man is.

But let's back up a bit. In everyday language, wicker is a hard woven fiber used to make baskets and furniture. Traditionally, wicker is often made from plants but now they can be made from synthetic materials as well. Wicker furniture has been documented as far back as Ancient Egypt, and wicker artifacts have been found in Pompeii. It was also very important to the Ancient Celts.

A Wicker Man is a large effigy in the shape of a man that the Ancient Druids would fill with people and animals and then burn in sacrifice. Obviously, this would be a very horrifying way to die. But like many old horrifying practices, it evolved into something new and beautiful. Wicker Men are still used by Neo-Pagans (sans sacrificial victims, thank the gods), for various festivals and performances. Wicker Men are also used at rock music festivals. The Wickerman Festival is an annual rock and dance event that is held at Kirkcudbrightshire, Scotland. There is also a similar tradition that takes place during the Burning Man festival.

Putting all that aside, Wicker is a "real" name. Wicker is an occupational surname from Middle Low German, meaning "soothsayer" or "magician." Quite perfect for a witchlet. Also, if you've read The Secret Garden, you know that "wick" means "alive."

Wicker is an unusual name, but I'm not sure that outsiders would think anything of it. Some people might catch the movie association, other's might think it's just another surname name. Regardless of whether or not people catch on to it, Wicker is an interesting option that's has a lot of witchy cred.