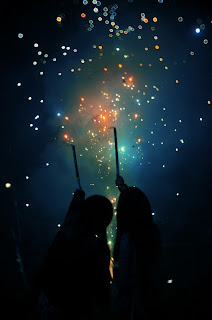 Galileo has a great sound and a scientific hero attached to it, so why isn't it used more?

Galileo (pronounced "gah-lih-LAY-oh") is an Italian name meaning "from Galilee." But thanks to one Galileo in particular, most people are likely to think about galaxies when they hear this name. You don't even need to say his full name. Everyone will know who you're talking about.

Galileo was born in Pisa, Italy and was the child of Vincenzo Galilei, who was a famous musician and composer at the time, and Giulia Ammannati. He is named after his anscestor Galileo Bonaiuti, who was a respected teacher, physician, and polititian. At some point, the family changed their surname from Bonaiuti to Galilei in reference and reverence to him. So Galileo Galilei might as well have been named Galileo Galileo.

Galileo achieved so many things during his lifetime. He was an astronomer, philosopher, physician, and mathmetician who played a key role in the Scientific Revolution. He improved the telescope and compass, discovered the four largest moons of Jupiter, confirmed the phases of Venus, and observed sunspots. As for his personal life, he sired three children out of wedlock with Marina Gamba. The eldest daughter, Virginia, is probably most well known. She was extremely close to her father and the two exchanged letters. The girls were perclaimed unfit to marry by Galileo due to their birth and they were sent to a convent. The lone son was somehow legitimized. Surprisingly, Galileo was a devot Roman Catholic, so the church's denouncement must have deeply upset him. He was also interogated during the Inquisition.

Galileo was well known for championing Heliocentrism, or the belief that the earth revolves around the sun. But Pagans had already figured that out. The Greek philosopher Philolaus first proposed the idea that there was a "central fire" in which Earth, the sun, the moon, Venus, and Mercury circled around. Anyone who pays attention to the sky will see that the sun moves at different speeds depending at the time of year.

Despite the popularity of Leo, Galileo has never been a common name in the United States. It's Spanish feminine form, Galilea, has had a bit more luck. It peaked in 2003 at #799, but it fell out of the top 1,000 in 2008. I keep seeing, "Oh, we can't use Galileo because of the science dude. He will never shake with the association," which I don't quite understand. I doubt that parents who name their sons Capone have any such qualms (yes, I've actually seen that name used). Galileo was far more honorable. Besides, Galileo can be shortened to the fashionable Leo, so why not?

I love Galileo. It's a name I would use. I don't see it's most famous bearer as a problem.

P.S. Spell check has been acting up again, so the past few posts probably have a ton of typos.