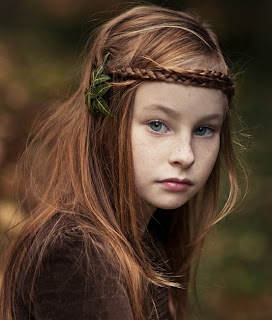 We are in the mists of the Vine Moon. Could this be inspiration for a name?

The Celtic Tree Month of Vine takes place from September 2nd to September 29th. It was known by the Celts as muin, pronounced "muhn," and it's referring to a grape vine. So it shouldn't be surprising that the word vine is ultimately derived from the Latin vinum, meaning "wine."

The fact that this is considered one of the Celtic tree months is a testament to its traveling power. The grape vine plant actually originated in Persia. From there, it was introduced to the Ancient Egyptians, Greeks, and Romans. Today, vines grow throughout Europe, North Africa, and North America. There is a species of vine native to North America that was a diet staple for the Native Americans. Most don't know this because the European colonists considered it's grapes to be unsuitable for wine.

Obviously, grape vines are associated with the harvest. The Ancient Greeks and Romans celebrated the Vinalia Rostica every year, a festival dedicated to Bacchus/Dionysus, Aphrodite/Venus, and also Athena/Minerva. It was a thanksgiving festival that celebrated the sustenance that the earth gave them. This plant is sacred to many other deities as well: Osiris, Jupiter, Hathor, Rhea, Aphrodite, Guinevere, and Demeter to name a few. The vine's leaves have five points, slightly reminiscent of our pentagram. Vine's wood is one of the nine traditional fire woods to be burned at Beltane. To our Christian friends, grapes are often depicted in works of art as a symbol for the blood of Christ.

Aside from harvest magick, the Month of Vine is also a good time to practice magick associated with imagination, inspiration, Faerie work, rebirth, happiness, fertility, and prosperity. To Neo-Pagans, vines symbolize two very powerful emotions, joy and wrath. There are happy drunks and mean drunks, after all. Wine is revered because it's the preserved form of the plant's power, and it also erases the boundaries between people.

The grape vine has a history of practical uses besides the oft celebrated alcoholic drink. Grape leaves can be brewed into a tea to treat diarrhea. These leaves can also be ground into a poultice that treats headaches, fevers, and rheumatism. And, of course, the grapes can be eaten on their own or be made into jam, jelly, vinegar, raisins, and juice.

That's a lot of history. But as far as Vine's "naminess" goes, it's a bit insubstantial. To me, anyway. At least in the first slot. It could, however, be a meaningful middle name. Vine is also a surname, although how common it is I have no idea. No matter where it's placed, it's definitely not a name someone hears very often.