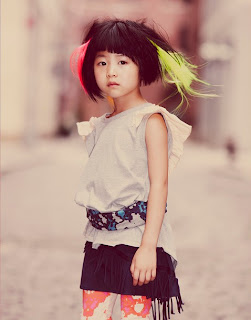 I suppose it's about time that you learned about the one living creature I named. Haiku was my pet baby chameleon. Hey, don't laugh! She was a little scaly ball of gorgeous. Unfortunately, she didn't live very long. But supposedly she hatched on Valentine's Day, so I'm profiling her name on her birthday (hatchday?).

Haiku (pronounced "hiy-KOO," at least in the United States, in the original Japanese I believe that the syllables are treated with equal emphasis) is a relatively new word. The style of poetry has been around for a very long time, but before 1900 a haiku was called a hokku. The term "haiku" was coined by Japanese writer Masaoka Shiki in 1899. As far as I can tell, haiku means "verse."

A traditional haiku contains 17 syllables, or on. It's three lines must have 5 on, 7 on, then 5 on again. A succession of haiku linked together is called haikai, meaning "linked verse." The essence of haiku is kiru, or "cutting," meaning that it juxtaposes two ideas or images. Classic haiku are almost always about nature, but contemporary haiku have started to moved away from this subject. The most famous haiku is Basho's "Old Pond:"

But my favorite is this one by Roger McGough:

...Well, I thought it was funny, anyway.

So yes, I know that I used this name for a pet. But why not use Haiku as a name for a person? There's already Sonnet, Ballad, and Poet. I don't think that it's any less weird than those. The "sweet, small poem" association would be great for a child.