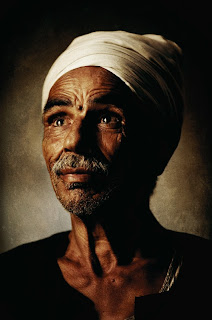 A long time ago I promised to profile more Egyptian names. Here's another one.

Imhotep (pronounced "EEM-oh tep," or at least that's how they say it in the movies) is an Ancient Egyptian name meaning "he who comes in peace" or "is with peace." It is sometimes written as Im-hotep, Immutef, or Ii-em-Hotep. Until I had to write this profile I hadn't looked into the historical Imhotep all that much. My my, isn't he a over achiever!

Imhotep was born around 2650 B.C. He served under King Djoser as Chancellor and High Priest of Ra at Heliopolis. His full list of titles in expansive. He has the distinction of being considered the first physician, architect, and engineer ever. He designed the Pyramid of Djoser (also known as the step pyramid of Saqqara) and might have been the first to use columns in his creations. He also wrote an encyclopedia of architecture that was used thousands of years after his death. Imhotep was one of the first to become interested in anatomical observation and used his knowledge for medicine. He was also a very gifted poet and philosopher.

After he died, he became one of the few non-royal Egyptians to become a god. He often got confused with Thoth, as they are both associated with architecture and medicine. Imhotep's cult was most popular in Memphis, but his influence reached Roman culture as well as Christian culture. Despite all that, Imhotep is a little bit of a mystery. Not much is known about his life before he worked for the Pharaoh, as he was a commoner. He built his own tomb and made it very difficult to find, so his mummy has not been found.

Perhaps people who don't know much about Ancient Egyptian history will only see this name as "The Mummy." You know what I'm talking about. The newish movie and it's sequel that stared Brendan Fraser and Rachel Weisz. That movie was a remake of another film that came out in 1932 called, oddly enough, The Mummy. The story pretty much remained the same. In the movies, Imhotep is mummified as punishment for trying to resurrect his dead lover. Fast forward to modern times, and archaeologists accidentally resurrect him. Imhotep meets a woman who looks a lot like his former lover and tries to mummify her and make her his bride. Some people might stay away from this name because of the films. But as far as horror movie monsters go, Imhotep is not up to the same cultural status as Frankenstein's monster or King Kong, so I doubt that there will be much of a problem there.

Imhotep has never been a common name in the United States. I can't think of any popular names that sound similar to it. So Imhotep's biggest obstacle as far as the name goes might be stylistic. I can see it as a great, strong magickal name very easily. It's not bad for a child, I just have a hard time picturing it on a child. But if you're in love with it, it'll definitely be an eye-catcher.