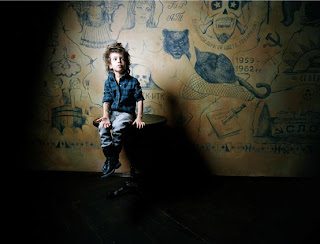 Could this name cross over into America?

When I learned that the founder of Dianic Wicca, Z. Budapest, had two sons named Laszlo and Gabor, I thought that was just too awesome. Those names were obviously inspired by her Hungarian heritage. Since there is a sizable Neo-Pagan population in Central/East Europe I should really be profiling more names from that region anyway.

Laszlo (pronounced "LAHS-low") is a variant of Vladislav, a Slavic name meaning "to rule with glory" or "one who commands glory." There is a famous saint-king attached to it who's historical name was Ladislaus I of Hungary. Interestingly enough, he is also known as Saint Lancelot in some Medieval texts.

No other Hungarian king is held in as high esteem as Saint Laszlo. He started off as an advisor to his brother, King Geza I. After he died in 1077, the succession passed down to Laszlo in accordance with Hungarian tradition. Hungary had a long period of civil wars up to that point, he strengthened royal power with strict new laws. He also spread his territory into what is now Croatia. He is traditionally depicted with a battle axe, which is unusual for saints. Laszlo is apparently a common name in Hungary, and it's easy to see why.

Laszlo has never charted in the United States. But it could be an interesting boy's name. I can see Laszlo catching on for girls, even. It follows but the surnames trend and the ending in an "o" sound trend. Other variations include Lazlo and Laszly, and it is frequently translated as Leslie.

This name's got a lot going for it. If you want to honor Hungarian roots, Laszlo is a great option for you.