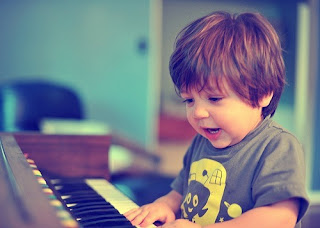 A while back there was a post on modern hero names on Nameberry. Here's one that wasn't listed.

Gershwin (pronounced "GERSH-win") is a name synonymous with famous siblings George and Ira Gershwin. George was a composer and pianist. Ira was a lyricist, who worked with George on his Broadway projects and on popular standards. When the two were children, their parents bought a piano for the elder brother Ira. But to their parent's surprise and Ira's relief, George was the one that showed an aptitude for music. George also used his talents for the concert halls. He was inspired by the jazz movement at the time, and is credited for introducing this type of music to a wider audience. His most well known pieces are "Rhapsody in Blue," "An American in Paris," and "Porgy and Bess."

Together, Ira and George collaborated on many early Broadway musicals including Lady Be Good, Oh Kay!, Funny Face, Strike Up the Band, Show Girl, Girl Crazy, and Of Thee I Sing. The latter was the first musical to win the Pulitzer Prize. George also worked on several Hollywood productions, like Shall We Dance and The Goldwyn Follies. Sadly, George met a early death due to a malignant brain tumor. The brother's career spanned from the 1920s to the 1930s.

It's interesting to note that Gershwin was not the family's original surname. George Gershwin was born Jacob Gershowitz. The brother's parents were Russian Jews. Their father Moishe changed the family's name shortly after coming to New York City, and Moishe changed his name to Morris. It would be difficult to find any American decedents of immigrants who didn't have a story like this somewhere in their family tree. My great-grandfather changed from Pedro Vega to Peter Vegas. For the sake of "fitting in," they suppressed their original cultural identity. Also, back in those days people high in the ranks of show business wouldn't have hired someone with a name that sounded "too foreign." Some people in show business still change their names for this reason, but I would like to think that we're more open minded now.

Anyways, Gershwin is a name that brings the old New York City to mind. A time when Broadway was at it's infancy. There's more to Americana than the old wild west. To be fair, I've never seen this name used on a baby boy. But it would be awesome if it was.