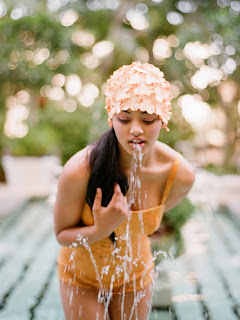 If you want to honor African American arts and culture, Treemonisha might be for you.

Treemonisha is the name of a "ragtime opera," although it features more types of music besides ragtime, composed by Scott Joplin in 1910. Scott Joplin wanted to create a distinctly African-American opera. Despite glowing reviews, Treemonisha did not receive a proper performance until 1972, shortly after it was rediscovered and well after Joplin's death.

The story of the opera is this, Monisha and Ned find an abandoned baby under a tree and decide to name her Treemonisha. Treemonisha grows up to be a young, educated Black woman who arrives at a plantation in the south shortly after the Civil War. Her goal is to educate the community. When local conjurers try to sell Monisha a "bag of luck," Treemonisha, who doesn't believe in superstitions, denounces them. In anger, the conjurers kidnap her and try to throw her into a wasp's nest. But her boyfriend, Remus, rescues her. Accepted by her peers, she starts her campaign. I don't think I need to tell you what they mean by "conjurers."

There is speculation that the character of Treemonisha is based on Scott Joplin's second wife, Freddie Alexander. Alexander was also a well-read, educated Black woman. She was a major figurehead in women's rights and African American culture at that time.

Even if I didn't know the name's source, I could have guessed that it was somehow related to African American culture. Treemonisha follows the (stereo)typical sound of many Black urban names. Regardless of where you live, you've probably heard a Shaniqua joke, or about the "jello" twins, at some point. Sadly, the play isn't all that famous, so other people may not recognize it as a "legitimate" moniker.

Neo-Pagans might be uncomfortable with this name because Witchcraft isn't depicted very nicely in the opera. If you're willing to look past that, Treemonisha is a unique name with an interesting history. It would be great for an African American family that wants to honor it's achievements.