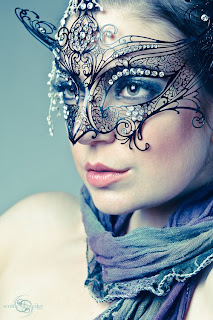 Ah Luna. Sweet, lovely Luna. Here is the name of a character that everyone just fell in love with.

Luna Lovegood first appears in Harry Potter and the Order of the Phoenix, and she belongs to the house of Ravenclaw (w00t!). In interviews, J.K. Rowling described her as the "anti-Hermione" because she relies on faith rather than logic. Her personality is very spaced-out and dreamy, and she's prone to saying weird things and believing in odd things. This leads to her being socially isolated. But, a girl after my own heart, she doesn't care about other people's opinions. She becomes friends with Harry because they had both watched someone die. Luna had witnessed the death of her mother when she was nine.

Of course, this name is very appropriate for Neo-Pagans. Luna (pronounced "LOO-nah") is a Spanish, Italian, and Latin name meaning "moon." The moon has long been associated with female power for many cultures (in Japan and India it's different, both deities of the moon are masculine). In Wicca, the moon is the Goddess who sits alongside the God as an equal. Unlike many other religions, the Goddess is generally seen as more important and some traditions, like Dianic Wicca, ignore the God entirely. Wiccans pay a lot of attention to the phases of the moon, so the Goddess is a Triple Goddess. While the moon is waxing, full, and waning, the Goddess is the Maiden, the Mother, and the Crone. These three phases symbolize virginity, fertility, and wisdom. Wiccans are required to observe thirteen Esbats (ritual days)a year. It's thirteen because there are thirteen full moons a year.

Luna is also sometimes used as another name for either Artemis or Selene. Artemis is a widely venerated Greek goddess who holds dominion over the moon according to most sources, others say this is Selene's job. If you're born under the sign of cancer, you could use this as a name because cancer is ruled by the moon. On another note, the word lunatic comes from Luna. Somewhere in history, it switched from the moon causing magick to the moon causing madness.

A notable namesake is Luna Leopold, a male hydrologist and environmentalist well known for his radical notion that the natural world needs to be taken into account when managing water resources. Clearly, having a feminine name didn't hold him back. There is a masculine variant, Luno, but this is rarely used.

Thanks to Harry Potter, Luna has made a major comeback. Starting in 2003, what was once a "grandma name" appeared on the charts again. In the years following it's numbers shot up at an alarming rate. What year was Harry Potter and the Order of the Phoenix published? 2003. There is a very obvious connection. It peaked in 2009 at #322, and it has just started to wane. It's also popular in other countries, it's #16 in Belgium, #76 in Germany, and #87 in Spain...but is not used much in England. I say this because apparently Hermione got popular in England but not in the United States. So why did Luna succeed in this country, and not Hermione?

My theory is that this is due, at least in part, to our country's substantially larger Hispanic population. Hermione won't click with a Spanish speaking person. The letter H is very rarely used in Spanish, and when it is they keep it silent. And they treat the letter R differently as well. Luna's more accessible. They see it as a word name.

When Neo-Pagans try to think of names that invoke the Goddess, Luna is usually their first thought. It's popularity should not deter anyone who is truly in love with it, but for the sake of variety there's also Luneth, Lunette, and Lunetta. And despite it's use, I would never put it in the Wicca-lite category. It's witchy-ness is still very strong, and I think it will never really leave it.