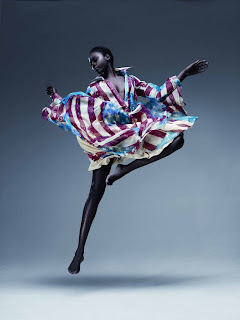 I've talked a lot about the exodus of European settlers heading to the west. But this name is associated with another type of exodus all together.

Sojourner Truth is the self-given name of Isabella Baumfree, born in 1797. She was one of the "ten or twelve" children of James and Elizabeth Baumfree. Her father was captured from what is now Ghana, and her mother was the child of slaves from Guinea. Elizabeth never accepted her slave name, so to those that knew her well she was Mau-Mau Bet. The family belonged to Colonel Hardenbergh, who's estate was located 95 miles north of New York City. She grew up speaking Dutch.

When her owner died, Sojourner, known as Belle at the time, was sold away from her family along with a flock of sheep when she was nine years old. Her new owner repeatedly raped and beat her. She was eventually sold twice more, and while at the second home she met and fell in love with another slave named Robert from a neighboring property. But Robert's owner forbade the relationship because he didn't want his slave to produce children with a slave he did not own. Sojourner was forced to marry another slave named Thomas. She had one child fathered by Robert named Diana. The other four were fathered by Thomas.

In 1826, Sojourner escaped to freedom along with her infant daughter Sophia, leaving her other children behind. Eventually Sojourner learned that her son Peter, who was five years old, was sold illegally to a owner in Alabama. Sojourner took the issue to court, and after months of legal proceedings she was granted custody of her son. And with that, she become one of the first Black women to go to court against a White man and win.

In 1843, she changed her name to Sojourner Truth and traveled around the country preaching about the abolition of slavery. She also supported women's rights, pacifism, and religious tolerance. She would become famous for the "Ain't I a Woman" speech, which was most likely re-written to make it sound consistent with southern speech patterns, which is not how she would have talked in real life. Responses to her ranged from loud cheering to hisses and groans. During the Civil War, Sojourner helped recruit Black troops for the Union Army. She spent her life trying to improve conditions for African Americans.

Sojourner (pronounced "SOH-jurn-er" or "sah-JURN-er") is a name that means "one who stays temporarily" or "traveler." It's easy to understand why this rare name has been so far regulated to the Black community, Sojourner only exists in the namescape because of Sojourner Truth. But here's a question, why is this name only appropriate for African Americans? Doesn't her story belong to all Americans? And why only girls? In this comic book I used to read as a child there was a male character named Sojourner, but I won't bore you with my intense nerdiness.

So if you want to name your child after an American hero, I would suggest Sojourner. I would take the qualities of Sojourner Truth over General Patton any day.