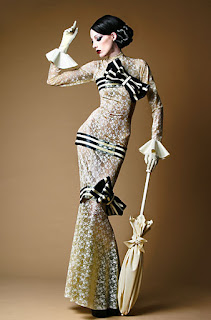 It has come to our attention that there is a remake of the 1960's television show Bewitched in the works. I am sure that you all believe that this is a fail proof plan given the recent success of some other remakes like Hawaii Five-O (which is is due to it featuring sexy men making sexy poses and, oh yeah, crime is involved somehow). If you plan on keeping Bewitched in it's retro time frame, it will ride on the coattails of other stylish shows like Mad Men and Pan Am. I hate to be a party-pooper, but on behalf of the Neo-Pagan community I'm going to let you know that we're dubious.

Perhaps you are not aware of what a history making and vitally important television show this was for us. But first let's start with the name of it's heroine, Samantha. No one is quite sure where Samantha (pronounced "sah-MAN-thah") came from, but it's believed to have been invented in America sometime in the late 1700s. It seems like a pretty good bet that it's a feminine form of Samuel, a Hebrew name meaning "God helps." Also, the suffix -antha is Greek for "flower." In the year before Bewitched aired in 1963, Samantha was a complete obscurity. The original writers of Bewitched knew that this character couldn't have any ordinary name. They were looking for something that was quirky and unusual, and Samantha fit the bill. On 1964, Bewitched premiered on television and the name skyrocketed into a classic almost immediately. It peaked in the 1990s all the way up to #4, and in 2010 it ranked #15.

Around this time, Wicca was just starting to be introduced to America. So although this new movement had been making headlines in the United Kingdom for a decade or so before hand, it had not yet penetrated into the American consciousness. Therefore Bewitched, a comedy about a witch trying to lead the life of a normal suburban housewife, isn't really about Witchcraft. Instead, Samantha embodies the bubbling feminist tensions of the early 1960s while she struggles to be the "perfect" wife by denying who she is.

Nevertheless, the show wound up being eerily prophetic. For example, the first season featured an episode called "The Witches Are Out." In this episode, Samantha and her witch committee are trying to combat negative images associated with witches. Meanwhile, a client of her husband Darrin wants his Halloween candy represented by an ugly, wart-nosed witch. When Samantha stumbles upon Darrin's illustrations, she is shocked and appalled. Darrin doesn't understand her reaction, but changes it to a sexy witch anyways. The client shoots down the idea, but has a change of heart after he is visited during the night by protest-sign-carrying witches. Not only was this one of the first media pieces that presented witches as a minority group, it was one of the first television shows to tackle issues like intolerance and prejudice before it was considered acceptable to do so. A decade later, real Neo-Pagans like Laurie Cabot made headlines for staging similar protests to the one depicted in "The Witches Are Out."

So now I'm going to explain why remaking this show might not be the best idea in the world. If you are going to feature Witchcraft and magick in you're stories it is best if a) the author is incredibly familiar with Neo-Paganism or b) the Witch is a fantasy figure symbolizing something else. I can understand how Neo-Paganism might be rich, virgin territory for television, ripe for exploitation. But, like an actual virgin, once you have us you have no idea what to do with us. This has become abundantly clear in shows like True Blood and The Secret Circle, where there is no clear firewall between fantasy Witches and real Witches. There was no such temptation in the early 1960s.

Don't get me wrong, we really hope you succeed. We hope that you blow all our expectations out of the water and get the tone of the show just right. But we kind of doubt it. We can only hope that you are aware of what a burden of responsibility you will have in attempting to breath new life into our Samantha.

The Neo-Pagan community (via Isadora Vega)

Image Credit:
http://nadyalevphoto.com/
Posted by Isadora Vega at 12:05 AM