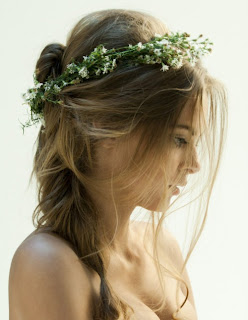 This name is well known for belonging to a loyal wife in The Odyssey, but nowadays there are a lot more bearers.

Penelope (pronounced "peh-NEHL-eh-pee") is a Greek name with a somewhat debatable meaning. A lot of sources will say that it means "weaver" because of the Greek word pene, meaning "thread on a bobbin." If you know Penelope's role in The Odyssey, that meaning makes sense. But there is also the word penelops, which is a type of duck. According to legend, when Penelope was left to die as an infant she was fed and protected by a duck.

In Homer's The Odyssey, Penelope is the Queen of Ithaca and the wife of Odysseus. Shortly after giving birth to their only son Telemakhos, Odysseus was called to fight in the Trojan War. Penelope waits twenty years for his return. During this time, she has the difficult task of fighting off marriage proposals from 108 suitors. She pretends to weave a burial shroud for Odysseus' late father Laertes, and tells the suitors that she will pick a mate after she is finished. Every night for eight years, she undos part of the shroud. This goes well until one of her maids discovers this and blabs to the men.

One day a beggar arrives at her house, and she tells her story to him. She also says that she has decided that whoever can string Odysseus' ridged bow and shoot an arrow through twelve axe shafts will have her hand in marriage. There is some literary debate as to whether or not Penelope is aware that the beggar is Odysseus in disguise. But in any case, Odysseus is the only one able to string the bow and shoot the arrow. After this, he slaughters all the suitors, and the family is reunited. Penelope has traditionally been seen as a symbol of fidelity within marriage. I can tell you this, Odysseus wasn't nearly as loyal to her as she was to him. Does the name Calypso ring a bell, Odysseus?

This used to be among the names that I would pick for a future daughter. My problem is that I started loving this name the same time everyone else started loving this name. Some attribute the growth to the movie Penelope, a fantasy romance about a girl with the nose of a pig. But I thought that movie got horrible reviews and didn't do very well in the box office (I liked it, but still). I think it's rise in popularity has more to do with Penelope Cruz, the gorgeous Spanish actress. The name did experience a spike in popularity during the 1940s, but it is now the highest in the top American 1,000 that it has ever been before at #200. Variations include Penelopa, Penina, Pipitsa, Popi, Pinelopi, Peniel, Pelicia, Peni, Penna, Pennie, and Penny. You could also use Nellie or Nell as a nickname.

After a quick google search, it looks as though Penelope is a popular magickal name, or at least a lot of Neo-Pagans are using it online. It's a beautiful name with a clunky, bookish grace to it. It might be too popular for me at the moment, but I would love to meet a Penelope in real life.