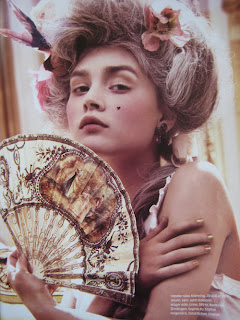 I have yet to find any convincing etymology for Paris (pronounced either "PER-is" or "PAR-is"). It seems like all anybody knows is that it was the name of the man that had a love affair with the already-married Helen thus starting the Trojan War. He is portrayed as being somewhat of a coward in The Iliad, but then again the victors always write history. Paris did manage to kill the great hero Achilles, however. This would make it Greek I suppose, but who knows if it's based on an earlier source.

But when most people think of Paris, they think of the French metropolis. The name of the city does not come from the character in Greek mythology. The name of the city of Paris comes from the tribe that used to live there. The Parisii was a Gaulish tribe that existed during the Ancient Roman Era. Their name for their city was Lutetia. It is believed that the name Parisii comes from the Celtic Gallic word parisio, meaning "the craftsmen" or "the working people." Paris has a reputation for being a mecca of culture and elegance. In England, Paris was used as a surname for people who emigrated from France.

A man named Paris plays a small but important role in Shakespeare's Romeo and Juliet. Count Paris is the suitor intended for Juliet Capulet, even though she is secretly married to Romeo. Despite his self absorption and arrogance, he loves Juliet dearly.

Paris once experienced mild popularity in the United States. It charted in the 1880s and then was revived, peaking in the 1990s at #702. But after 2000 it nosedived out of use. What happened? Unfortunately, what happened here is a case of "who is this famous person and why did she ruin my favorite name?" You all know who she is, even if you don't understand why in the world people are interested in her. I might really like Paris if it wasn't for her.

To be fair, Paris was creeping up the charts as a girls name during the 1980s and 1990s. It had a sudden sharp peak in 2004 at #156. It has since wained somewhat, it is now at #327. In 2008 it ranked #379 in Scotland. The Italian form of Paris is Paride. Parisio could also make a great name, and a good option for those that are worried that Paris is now too feminine. At one point, the city of Paris was known as Paname. And you could also use Parisa, although that has a different origin (it's Turkish for "angel," I think).

Honestly, Paris is a bit to foofy for me for either gender. I just think of toy poodles wearing diamond collars when I hear this name. But that just might be Miss Hilton's influence. But if you're looking for elegant, Paris could be for you.