Name Round Up: Favorite Boys Names that Sound Like Girls Names 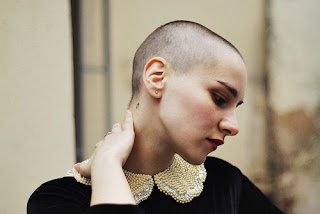 Longtime readers of this blog know that I am a great champion of defying gender stereotypes in naming.

1. Phoenix. I'm still all for giving this one to boys like it was done originally. However, I love it more for girls. That might be because it's less popular for girls.

2. Meriwether. I love this name, and I'm fascinated by the Lewis and Clark Expedition, but I cannot picture giving this one to a boy at all. But on a girl it's such a happy name.

3. Evelake. The name of a king in Arthurian legend and traditionally given to boys, the Eve part makes it look like it should be for girls.

4. Cymbeline. The name of a king in the Shakespeare play of the same name. It just seems a little too...pretty for a boys name (not that boys names can't be pretty, but you know what I mean). It's also the name of a wedding dress designer.

5. Katriel. It's because it looks like a combination of Kathrine and Ariel. It's a great way to get to Katie, if you're looking for something unique.

6. Seraphim. When people think of angels they usually picture women these days, even though the Seraphim are all male (or at least male looking, I don't know if they're supposed to have sexes). People use Seraphina, why not Seraphim?

7. Saturn. I might be completely insane, but this on would be awesome on a girl. Oddly, I would feel like it would be too much on a boy. It defies all logic.

8. Rune. I still love this one for boys, but it also has a similarity to Rue. This makes me think that it would be a great strong girls names.

9. Forest. It's beautiful, and switching this one over to the girls side might get over the Gump reference.

10. Zephyr. Don't get me wrong, I still love this one for boys. But it's growing on me in a major way for the girls.

11. Cloud. The name of a saint. Also the name of a popular video game character. Both boys. Using it for girls seems obvious, but it doesn't look like many people have thought of it.

12. Archer. While it is rising in popularity as a boys name, I think it would be badass for girls. Doesn't seem like many people have thought of it yet, but with Harper going strong it's only a matter of time.

13. Zen. Traditionally used as a boy's name in Japan and some other regions, it could be a great hippy name for a girl. It's very peaceful.

If you think I'm crazy now, wait until you see the one for the boys...